Response to a piece of sophistry… Even in the 21st century, basic English reading comprehension still seems to be a challenge for some.

In installment no. 1248 of his Fatima Perspectives column, self-appointed “papal” corrector and professional rhetorician Christopher A. Ferrara says that sedevacantists “never seem to notice the fatal flaw in their argument.” Quoting from a sede source he leaves curiously unidentified — this one –, the retired lawyer goes on to explain:

Let this quotation from a “popular” sedevacantist website suffice for a demonstration:

“By saying Francis is Pope but then refusing his magisterium, the would-be traditionalists in the Vatican II Church are doing untold damage to the traditional Catholic doctrine of the Papacy because the papal office was instituted as the sure norm of orthodoxy at every point in time in Church history, guaranteed by Christ Himself.

Better to be Wrong with the Pope – or Right with Tradition against Him?

Response to a recent SSPX Article

On March 10, the official news and communications web site of the Society of St. Pius X (SSPX), founded by Abp. Marcel Lefebvre in 1970, posted a brief article entitled, “Is It Preferable to Be Wrong with the Pope or to Be Right with Tradition against Him?” Predictably, what they offered as argumentation in support of their position is nothing short of a theological disaster.

Let’s go ahead and dissect their little propaganda piece:

This is an objection that is often made to “Tradition”: a Catholic must be in complete union with the pope.

The answer may surprise you…

Do Catholics have to Assent to Non-Infallible Church Teaching? On Dec. 31, 1930, Pope Pius XI issued his landmark encyclical Casti Connubii on Christian marriage. In it, the Holy Father reminded Catholics that it is not permissible to prefer one’s own judgment over that of the Church on matters of Faith and morals. A Catholic is not allowed to accept from the Church only what seems correct to him, nor can he decide to withhold his assent from teaching that is not presented infallibly:

Wherefore, let the faithful also be on their guard against the overrated independence of private judgment and that false autonomy of human reason.

A New Book defending Baptism of Desire and Blood: Contra Crawford: A Defense of Baptism of Desire & Periodic Continence

by Dylan Fellows and Christopher Conlon

The sedevacantist laymen Dylan Fellows and Christopher Conlon are the authors of a new book defending the Catholic position on baptism of desire and baptism of blood as capable of supplying the sanctifying grace of the sacrament of baptism. This Church doctrine has been denied by a number of confused souls both inside and outside of Sedevacantism, especially in the United States, in the last few decades.

The name that is commonly (although not quite correctly) given to this erroneous denial is “Feeneyism”, because the first major figure to hold that those who die with the baptism of desire or blood will nevertheless go to hell was the Jesuit Fr.… READ MORE 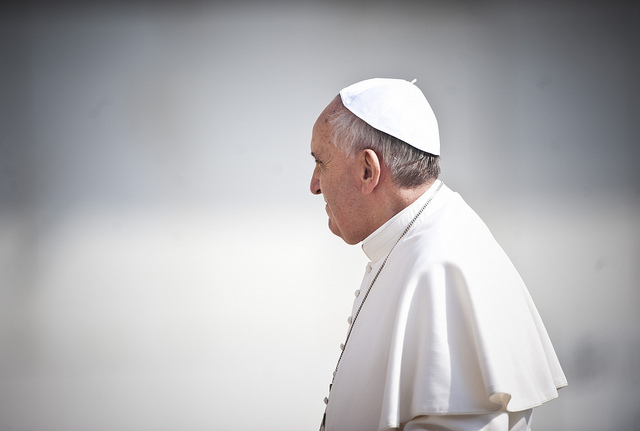 The word “chaos” here is no exaggeration: The reactions to the amendment reflect the entire spectrum of those who profess themselves to be Roman Catholics and acknowledge the man’s claim to be Pope as valid, from ultra-liberal to hyper-traditionalist.… READ MORE

A Catholic injection lethal to Modernism…

“Pope” Francis and the Death Penalty With all the kerfuffle about Francis’ decree of Aug. 2, 2018, amending the text of the Catechism of the Vatican II religion with regard to capital punishment, host Stephen Heiner has invited Bp. Donald Sanborn and Fr. Anthony Cekada to meet for an “emergency session” to discuss the issue and its implications, such as:

Breaking news from the Vatican: After nearly 2,000 years, a layman pretending to be Pope has uncovered what the Gospel “really teaches” regarding human dignity and the death penalty.

Under his stage name “Pope Francis”, the Argentinian apostate Jorge Bergoglio has decreed that a change be made to the 1997 typical edition of the Catechism of the Catholic Church, a work originally promulgated by the non-existent “apostolic authority” of the Polish apostate bishop Karol Wojtyla (stage name: “Pope John Paul II”).… READ MORE

Subjective Morality: The Error of Amoris Laetitia Condemned and Refuted before Vatican II “Nothing under the sun is new”, King Solomon writes in Sacred Scripture, “neither is any man able to say: Behold this is new: for it hath already gone before in the ages that were before us” (Eccl 1:10).

This is true also for “Pope” Francis’ allegedly new approach regarding sexual morality that he proposes in his infernal exhortation Amoris Laetitia, by which he slyly undermines all of Catholic morality by redefining the nature of sin and finding elements of virtue in vice, all under the guise of “mercy” and “accompaniment.”… READ MORE