While many of Benedict’s recognize-and-resist cheerleaders were hailing Summorum Pontificum as a gift from above and were acting as though “Pope” Ratzinger had just overturned Vatican II, Novus Ordo Watch was among the unpopular few who pointed out that, contrary to the impression a superficial reading of the document might give, Summorum Pontificum was but the latest dangerous ploy of a devious antipope who has been undermining Faith and Liturgy pretty much from the beginning of his priesthood (ordained in 1951, the young Fr. Ratzinger was suspected of heresy by the Holy Office during the very same decade).

One of the most obvious blasphemies Benedict XVI’s document contains is the bold, gratuitous, and easily-disproven claim that the traditional Roman rite of Pope St. Pius V and the Modernist Novus Ordo rite of “Pope” Paul VI are but “two usages of the one Roman rite”. Not only does our response to Summorum Pontificum, linked above, refute this absurd position, it also points out that the celebrated motu proprio appears to contain one of Ratzinger’s favorite tools: Hegelian philosophy.

In a nutshell: The German idealist philosopher Georg Wilhelm Friedrich Hegel (1770-1831) held the idea that all reality is Absolute Spirit, which manifests itself in world history. History consists of and advances by means of a constant interplay of thesis, antithesis, and synthesis. According to Hegel, contradictions (in his terms, a “thesis” being opposed by an “anti-thesis”) are necessary to arrive at a “higher level of truth” (the so-called “synthesis”). This triad is called the Hegelian dialectic, and it repeats itself continuously (with each synthesis becoming a new thesis, which is then opposed by its corresponding antithesis, both of which in turn generate another synthesis, etc.) until it culminates in the Absolute at the end of history. Needless to say, Hegelianism is radically incompatible with Catholicism.

In our 2007 critique of Benedict XVI’s Summorum Pontificum, we pointed out that the distinction between “ordinary form” and “extraordinary form” of the “one Roman rite” was just Ratzinger shrewdly utilizing the Hegelian dialectic to diffuse the controversy over the liturgical “reform” of Paul VI. In fact, we believe that Benedict XVI applied Hegel twice to facilitate the imposition of Summorum Pontificum: In the motu proprio itself he used Hegel to advance the “synthesis” of two forms of the one Roman rite to overcome the “thesis” that there are two Roman rites (traditional and Novus Ordo), which is contradicted by the “antithesis” that obviously there is, and can be, only one Roman rite at a time. By saying that both the Novus Ordo liturgy and the traditional liturgy are the Roman rite, just expressed in a different “form” (whatever that means), Ratzinger was able to concede to the traditionalists that the two liturgies are quite different, while at the same time not having to admit that Paul VI created an essentially new rite. The only drawback to this clever synthesis is that it isn’t true, but we will leave that aside for the purposes of this post.

Having thus “resolved” the contradiction between the Traditional Catholic Mass and the Modernist worship service, Benedict then proceeded to the next level, that is, to a new triad: The “ordinary form” of the Roman rite (Novus Ordo) opposes the “extaordinary form” of the Roman rite (traditional), giving rise to a new synthesis, that of a de facto hybrid rite. Benedict did not complete this last step, but he strongly hinted at its validity and laid all the necessary groundwork for it, not in the motu proprio itself but in the accompanying explanatory letter he sent to all the bishops of the Vatican II Sect, in which he maintained that “the two Forms of the usage of the Roman Rite can be mutually enriching: new Saints and some of the new Prefaces can and should be inserted in the old Missal.”

Here the door is opened to allowing the 1962 Missal to become Novus Ordoized to whatever degree “pastoral prudence may suggest”, as Modernist parlance would have it. Modifications to the traditional Roman rite have thus been permitted in principle. Whether this ends up meaning that the indult Mass will soon have proper prayers for the feast of “St. John Paul II”, or whether there will be bidding prayers coming soon, “Communion” in the hand, or altar girls — it’s anyone’s guess, but the point is that nothing can be excluded in principle. Via Hegel, Benedict XVI made sure of that.

Here is how we alluded to Benedict XVI’s Hegelianism in our critique ten years ago:

Nor does Paul VI here offer to introduce an “ordinary” form of Mass, which has its complement in the “extraordinary” form of the St. Pius V Missal — that’s a distinction that Benedict XVI simply made up in order to “synthesize”, in somewhat Hegelian fashion, the two contradictory ideas that the New Mass replaced the Missal of St. Pius V and that there can be only one Roman rite of Mass at a time.

…[I]t is no stretch to predict that what will come out of this “co-existence” of the “two forms” of “one and the same rite” will, at the end of the day, result in a total butchering of the 1962 Missal, so that, eventually, Benedict XVI can stop the nonsense of “two forms” of “one rite” and simply synthesize them together (here comes Hegel again), and the result will probably be a New Mass with a bit of Latin and a little more incense, or some sort of a hybrid missal like the one that was already in use in 1965.

Whoever thought at the time that our allusions to Hegel were irrelevant or uncalled-for, surely but the result of a deluded sedevacantist mind that should not be taken seriously anyway, will now be disappointed. Our analysis has just recently been vindicated by — drumroll! — a Novus Ordo source: the German writer Martin Mosebach, author of the book The Heresy of Formlessness: The Roman Liturgy and Its Enemy, a work popular among non-sedevacantist traditionalists. Published in English by Ignatius Press in 2010, it has been sold by the indult Roman Catholic Books as well as the SSPX’s publishing house, Angelus Press.

On June 2, in view of the upcoming 10-year anniversary, the German Die Tagespost published a lengthy interview with “Cardinal” Gerhard Ludwig Muller and Mr. Martin Mosebach on Summorum Pontificum and the problem of the “liturgical reform” after Vatican II. Mosebach’s response to the question of whether Benedict XVI’s motu proprio fulfilled people’s expectations, confirms that our analysis ten years ago was spot-on:

Pope Benedict saw his role as that of a reconciler. The adherents of Tradition and the adherents of the progressivist wing [of the Church] both equally hold the view that the Second Vatican Council and the reform of the Mass constitute a genuine rupture with Tradition. It is true that in terms of doctrine the notion of [the Mass as] sacrifice was still being upheld, but in many cases this was no longer true in practice: We now celebrate a meal. Pope Benedict tried to transcend any such confrontation by opting for a hermeneutic of continuity, saying: The old and the new Ordo [=order of Mass] are two different forms of the same rite. That was a bold thesis for anyone who uses his eyes and ears. I view it as a diplomatic formula [which Benedict advanced] to help heal the obvious rupture. Based on this, Pope Benedict then expressed his hope that the old and the new Ordo would be able to influence each other, perhaps in order to arrive at a synthesis of old and new Ordo in accordance with the Hegelian model of dialectics. However, this would require the old Ordo to be celebrated in a great many places — otherwise there could hardly be a fruitful exchange concerning it. Moreover, one would have to accept that the old [rite of] worship cannot change — it would surely then have to be the Novus [=new] Ordo which gradually moves towards the sacredness of tradition so that the commonality of both forms can be recognized.

So there we go: Mosebach has also come to the conclusion that all this talk about two forms of the same rite is just so much Ratzingerian bunk that will ultimately result in a “a synthesis of old and new Ordo in accordance with the Hegelian model of dialectics”.

Alas, Hegel is still alive and well even almost 200 years after his death. The Modernist Nouvelle Theologie (“New Theology”) that emerged in the 1930s and prevailed at Vatican II, of which virtually all Novus Ordo theologians are loyal disciples, especially Joseph Ratzinger, is heavily influenced by Hegel. This is perhaps most evident in its emphasis on history as a proper locus of Sacred Theology, and in what they call “historical theology”. Or think of ecumenism, for example. Its unattainable goal is the “synthesis” of a supposed and as-yet-undefined “Christian unity” that transcends the old “all must convert to Catholicism” theology (thesis) as well as its opposite, the indifferentist “it doesn’t matter what you believe, we’re all Christians” theology (antithesis).

Utilizing the Hegelian dialectic allows Modernists to make themselves appear as mature, sophisticated thinkers who “transcend” the “simplistic” and “outdated” notions of traditional Catholic theology, which they have the intellectual wherewithal to overcome in an “advanced” and “higher” theology. Sound familiar? Once you understand how Hegel works, you will discover that his false philosophy is omnipresent in the Vatican II Church. This is why, by the way, you always hear Francis talk about “moving forward” (for more on this, see our post, “Francis’ Fables”).

As Summorum Pontificum turns 10 years old on July 7, countless “traditional Catholics” will be celebrating. They have long stopped worrying about such crucial issues as the obvious invalidity of the 1968 rite of episcopal consecration, which alone makes most of their “traditional Masses”, quite tragically, into invalid pseudo-Masses. But out of sight, out of mind. Too comfortable are the traditional externals to which they can attach themselves so easily while remaining under the auspices of the Vatican II Church, thanks in large part to their hero, Benedict XVI — and thanks to his hero, Georg Wilhelm Friedrich Hegel. 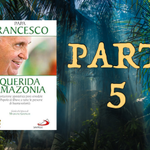 A scholar of the Apocalypse by trade – and, more broadly, nobody’s “liberal” – Toronto’s Card Collins shreds US right’s agitation for congregational worship amid corona spread as “shallow” and “absolutely irresponsible.”

President of US Bishops Releases Statement for Holy Week https://zenit.org/articles/president-of-us-bishops-releases-statement-for-holy-week/

He is known as ‘the Gates of hell’ for a reason...

After experiencing record low water levels last year, the Sea of Galilee is overflowing for the first time in almost 30 years. This is a big deal for everybody in the region.

@NovusOrdoWatch Dont forget this one too is there: 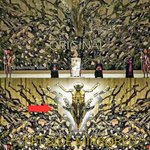 Read at your own risk: Vatican Publishes Meditations for Good Friday Way of the Cross - https://zenit.org/articles/vatican-publishes-meditations-for-good-friday-way-of-the-cross/ #vatican #CatholicTwitter

Yes, God will judge us on that indeed. He will also judge us on whether we believed in His revelation, belonged to His Church, and practiced spiritual works of mercy. Funny he never mentions THAT part. https://www.catholicworldreport.com/2020/04/06/god-will-judge-us-by-how-we-treated-the-poor-says-pope-francis/ #popefrancis