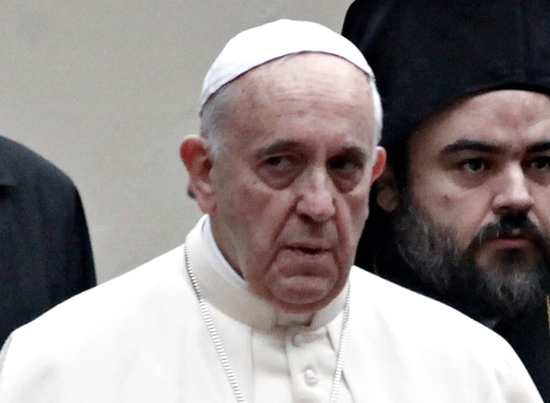 The Mar. 3, 2022, issue of Bunte magazine, a German weekly that focuses on celebrity gossip, contains an interview with Dr. Georg Bätzing (pp. 44-46), the “Roman Catholic bishop” of Limburg, Germany.

Batzing is the immediate successor to “Bp.” Franz-Peter Tebartz-van Elst, the theologically conservative “bishop of bling”, who now works right under Francis’ nose in Vatican City for the so-called Pontifical Council for Promoting the New Evangelization.

What makes Batzing an object of interest for the secular press these days, however, is another office he currently holds: He is the president of the German Bishops’ Conference, which makes him the nation’s chief Novus Ordo bishop.… READ MORE

Refuting yet another attempt to avoid Sedevacantism…

Can the Magisterium ‘devour’ Sacred Tradition?
Reply to an irresponsible Article by Rorate Caeli In their efforts to steer a middle course between the Novus Ordo religion on the one side and Sedevacantism on the other, the recognize-and-resist traditionalists must continually come up with ideas and arguments that justify a divorce of the Deposit of Faith from the Church’s magisterium. The reason is simple: The man they stubbornly insist on acknowledging as the true and valid Pope of the Catholic Church, is himself not a Catholic and teaches heresies and other anti-Catholic errors even in his official magisterial acts.… READ MORE