On August 6, 1978, Bishop Giovanni Battista Montini, the man who claimed to be the Pope of the Catholic Church from 1963 to 1978 under the name of “Paul VI”, was called by God to judgment. It was Paul VI, more than any other of the Conciliar papal pretenders, who visibly transformed the Holy Roman Catholic Church into the Modernist Novus Ordo Sect of the Second Vatican Council, whose documents he alone approved and promulgated. More than anyone else, Vatican II is the work of Montini. The church he left behind on August 6, 1978, was and looked nothing like the Catholic Church Pope Pius XII had bequeathed to the college of cardinals less than 20 years before, and whose transformation had already been prepared and begun by Paul’s immediate charlatan predecessor, John XXIII. Even the encyclical Humanae Vitae, which many erroneously think is a document of staunch conservatism and Catholic orthodoxy, actually laid the theological groundwork for the approval of contraception.

We are now well into the 21st century, and the False Vatican II Church has since “canonized” its false shepherds to the best of its ability, with more to come: John XXIII and John Paul II declared “saints”; Paul VI “beatified”; John Paul I on the way to “beatification”; and of course Benedict XVI and Francis are still alive — though surely their bogus sainthood will soon be called for as well after they pass on.

Given the key role “Blessed” Paul VI has played in the subversion of the Catholic Church, as well as the curious circumstances surrounding his death, it is useful to call to mind the person of Giovanni Montini, an anti-Catholic deceiver of the worst sort, whose “reign” brought nothing but apostasy, heresy, sacrilege, impiety, confusion, chaos, and destruction. This is more important now than ever, for it is now that the New Church is getting very close to declaring Paul VI a saint. Yet Holy Scripture directs us: “…by their fruits you shall know them” (Mt 7:20).

Collection of Materials on Paul VI includes a special litany
and a picture of his biggest fan!

He was so impressed,
he commissioned the creator to design church art! The Weird Mysteries of the Paul VI Audience Hall

Includes the infamous “Resurrection” sculpture by Pericle Fazzini, installed in 1977: Of course, Paul VI was delighted!

Paul VI to Lay Leaders in 1966:
Transform Yourselves “into the Image of the Conciliar Church”

The expression “Conciliar Church” was first used by Paul VI on March 8, 1966 Because the Papacy is such a joke, right?! Heroic Virtue? Not Exactly…
An Inconvenient Video:
Who Was Paul VI? So, what else does it take? What more proof do people need that an organization that can “beatify” and recognize “heroic virtue” in an impious apostate monster like Paul VI cannot possibly be the Roman Catholic Church, the Spotless Bride of Christ?

Saint or Devil?
Only a False Church can canonize False Saints

Paul VI to be “Canonized”?

Semi-Traditionalist John Vennari exposes the ridiculous idea of a “Saint” Paul VI, yet still refuses to acknowledge that these lies and impieties cannot come from the Roman Catholic Church, which is spotless, infallible, and indefectible. These horrific shenanigans are being perpetrated by the Novus Ordo Church, the ape of the Catholic Church, prophesied by the Venerable Anne Catherine Emmerich as the “Church of Darkness” which we must beg God “to leave Rome”. The Novus Ordo Church is nothing but a sewer of apostasy, heresy, and impiety.

In the New Church of Vatican II, you can institute and preside over the Great Apostasy, let loose a deluge of heresy, impiety, and sacrilege on the faithful – and get rewarded with “sainthood” and recognition of “heroic virtue” in the end. This says all you need to know about the abominable Vatican II Sect. To say that this impious cult could be the product of the Holy Ghost, the Roman Catholic Church, is blasphemy!

Since the creation of the Novus Ordo Church in 1958, every single deceased “Pope” has been either “beatified” or “canonized”, or is on his way to either. What’s going on here? It’s clear: They want to and need to “canonize” the Vatican II council and the New Church. Though the Catholic Church only produced 2 canonized saint Popes between 1566 and 1958 (Pius V and Pius X), the Novus Ordo church claims, essentially, to have had nothing but “sainted Popes” since then. How much more laughable can it get?!

“And I heard another voice from heaven, saying: Go out from her, my people; that you be not partakers of her sins, and that you receive not of her plagues. For her sins have reached unto heaven, and the Lord hath remembered her iniquities.” (Apoc 18:4-5)

The Death of Paul VI:
“As though he had Exploded from Within”

Paul VI’s biographer, Peter Hebblethwaite, relates the following about the soul-destroying Antipope’s death, in his 1993 book:

“As Mass ends Paul has a massive heart attack. It is as though he had exploded from within. [Fr. John] Magee thinks he would have been thrown out of bed had his hand not been held” (Peter Hebblethwaite, Paul VI: The First Modern Pope, p. 710).

Let us never forget the hideous and blasphemous so-called “Broken Cross” Paul VI introduced and used as his crozier. It is a bent cross with Our Lord’s Body displayed in a repulsive fashion. This impious crozier has also been used by John Paul I, John Paul II, and Benedict XVI, and, after a hiatus, has recently been brought back by Francis.

See Also: Henry Makow: “Is the Pope a Catholic?”

“VENERABLE”?
“Execrable” is more like it: Clearly No Transfiguration for Paul VI “Pope” Paul VI, Giovanni Battista Montini, died on August 6, 1978, the Feast of the Transfiguration
Here he is shown lying in state on August 10, 1978, his skin having turned dark Sainthood? The Case Against Paul VI

Quick Novus Ordo Watch comment on the above: Pope St. Pius X also died in the hot summer month of August (1914) and did not decompose — he, a true saint (canonized by Pius XII in 1954), is incorrupt! (More info here) See this beautiful photo of St. Pius X shortly after he went to His Eternal Reward — what a contrast to the rotting and rotten Paul VI! Available also in Spanish, Italian, French — More Information and Related Books and other Items at these sites: This is an exposition of the False New Church — the Vatican II Church — of Giovanni Battista Montini,
otherwise known as “Pope” Paul VI, published first in 1971

About the author: Mexican Fr. Saenz y Arriaga was perhaps the first publicly sedevacantist priest. He was “excommunicated” by the Novus Ordo Church for exposing Montini/Paul VI and his new religion. In 1973, Saenz published a follow-up work called Sede Vacante: Paulo VI no es Papa legítimo (Sede Vacante: Paul VI is not a legitimate Pope), a sedevacantist manifesto. Read more about Fr. Saenz y Arriaga and his work here.

Reality Check: “Blessed are they that suffer persecution for justice’ sake: for theirs is the kingdom of heaven. Blessed are ye when they shall revile you, and persecute you, and speak all that is evil against you, untruly, for my sake: Be glad and rejoice, for your reward is very great in heaven. For so they persecuted the prophets that were before you.” (Mt 5:10-12)

Eric Sammons has a rather gratuitous definition of “orthodox Catholic world” - https://www.crisismagazine.com/2022/resetting-the-old-mass-new-mass-conversation 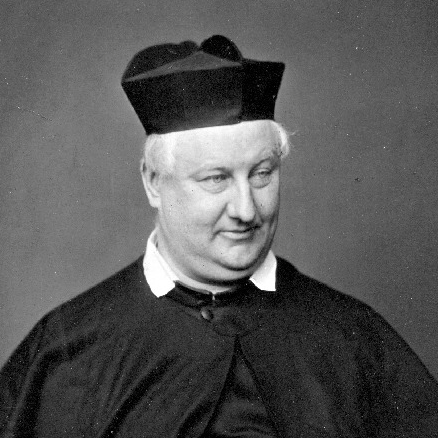