Welcome to TRADCAST, a one-of-a-kind sedevacantist Roman Catholic podcast that presents a refreshing mix of real Catholicism, sound philosophy, delightful humor, and intellectually challenging content. TRADCAST is informative, insightful, smart, unyielding, sophisticated, interesting, witty, cool, and charitable… but above all, it is genuinely Catholic! And of course, it is always absolutely free.

There are two editions of our podcast program:

Different ways to subscribe to TRADCAST and TRADCAST EXPRESS:

TRADCAST is your “Novus Ordo Watch on the go” — you can easily take it with you using your smartphone, your tablet, or your laptop and listen at your own convenience — while exercising, while waiting at the doctor’s office, while driving, while walking your dog, while relaxing on your sofa… you name it!

Subscribe using one of the options above or simply listen here at NovusOrdoWatch.org as soon as each episode becomes available. To stay up to date on all the latest news on TRADCAST, follow us on Twitter @TradcastNOW or review our Twitter feed here.

If you like, you can support TRADCAST and Novus Ordo Watch by making a one-time or recurring contribution, fully tax-deductible to the extent permitted by U.S. law — CLICK HERE.

A new sighting of the Antipope Emeritus, Benedict XVI. 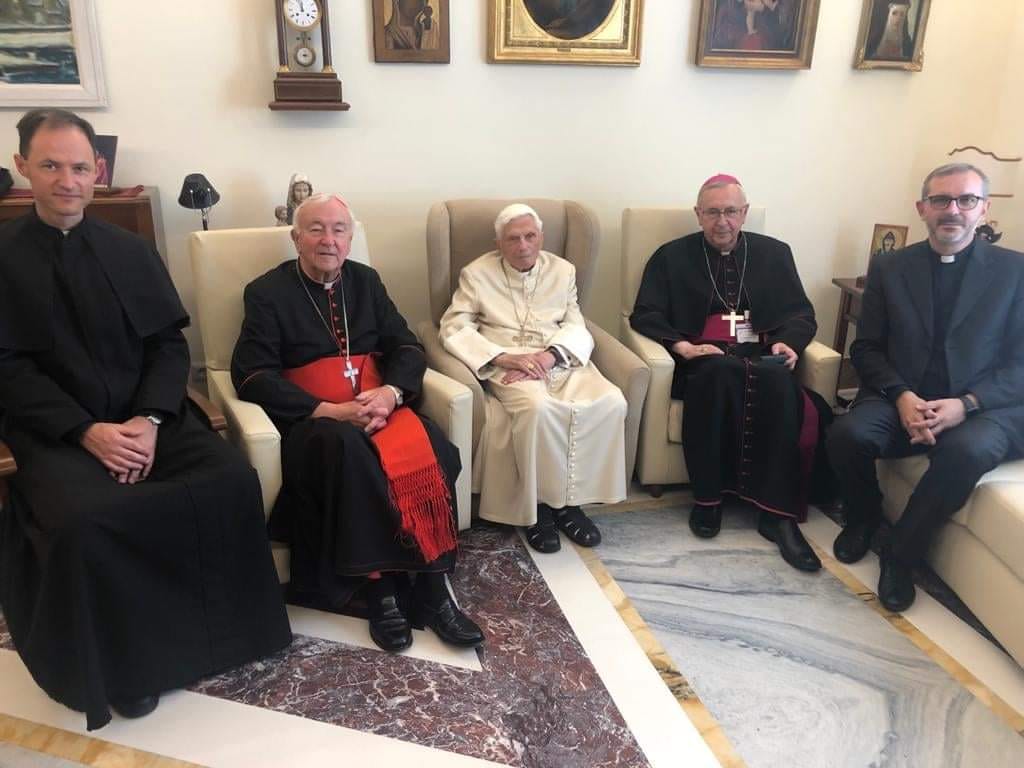 @HereIsJorge Will Gnostic bishop Stephan Hoeller be a part of it also?

Archlayman of Guadalajara Abolishes FSSP Parish - Bad theology has consequences. What a Modernist giveth, a Modernist can taketh away. #fssp

@Bradley93038424 Oh yes, they’ve been at this for years. Here is the apostate theology that goes with it: https://novusordowatch.org/2020/02/one-year-later-apostate-human-fraternity/ It’s actually a home for what they call the ‘Abrahamic religions’, by which they mean Christianity, Judaism, and Islam.

@GPJ34 The question would be an insult to anyone’s intelligence. He’s not having them over to evangelize them but so they can instruct or otherwise ‘help’ the ‘Church’ and the world.

In message for 36th World Youth Day, Francis uses St. Paul’s Damascus Road conversion to root Faith in a subjective encounter that challenges “certainties” - https://www.vatican.va/content/francesco/en/messages/youth/documents/papa-francesco_20210914_messaggio-giovani_2021.html It’s the ‘New Theology’ through and through…

@NovusOrdoWatch However, its not a sin to have to show your plandemic believer’s license to enter Frankie’s Vatican

Kung Fool - The apostasy of Fr. Hans Küng, one of the movers and shakers at Vatican II. #CatholicTwitter