The popular and authoritative collection of papal and magisterial documents, Enchiridion Symbolorum (in its original Latin title), or The Sources of Catholic Dogma (in its English title), edited originally by Heinrich Denzinger, has gone through over forty revisions and updates since the first edition was published in 1854, adding Church documents that followed over the course of time. The 30th edition (1954) is back in print, and that is the one most often used throughout Catholic traditional circles to refer to authoritative texts and decrees of the Popes and the Magisterium of Holy Church, as it is the last available English edition before the death of Pope Pius XII.

In 1965, a revised edition of “Denzinger” — as Enchiridion Symbolorum is popularly called — was issued to include some of the documents promulgated under John XXIII (1958-1963) and some of the very first issued under Paul VI (1963-1978). In 1965, the pseudo-Catholic “Second Vatican Council” decreed that every human being has the right to religious liberty, a doctrine strictly condemned by Pope Pius IX (and the Popes that followed him, until Pius XII, who died in 1958). What, then, did the 1965 edition of Denzinger do with Pope Pius IX’s encyclical (“Quanta Cura”) which condemned religious liberty? It simply cut out the portion where the Pope condemns what Vatican II approved!

To prove this, we are providing you here with pictorial evidence.

What you see just below is the 1965 edition of the Latin original of the Enchiridion Symbolorum, opened to pages 574-75. Though you cannot recognize anything here, we are providing you with this only so you can verify that the problematic admission is indeed contained in the book (see the marked area in red) and not simply something fabricated by us. Of course, we have the marked area as a close-up so you can verify the omission for yourself. The picture is too large, however, to display on this page, so in order to view it, please click here and the picture will open in a new window. We have clearly marked the admitted (!) omission of Denzinger numbers 1688-1690, the “old” Denzinger numbers, that is, the numbers of the 30th edition, at which you can still find Pope Pius IX’s condemnation of religious liberty. In 1963, the numbers were changed and that is why the new numbers no longer correspond to the old ones.

No doubt, the omission of the condemnation of religious liberty speaks volumes. It is another piece of evidence that the Church of Vatican II is very well aware of its contradiction of prior Church teaching, and the fabled “hermeneutic of continuity” is a sham to keep the more conservative folks in the Novus Ordo quiet.

Update 2012: This shameful but telling omission is also retained in the current (43rd) edition of Denzinger (2012), edited by Peter Hunermann and Robert Fastiggi.

An embattled priest in the Diocese of Charlotte, North Carolina, has taken the unusual step of publicly criticizing the local bishop for recent comments on his removal from active ministry – a decision the Vatican has already ruled in favor of twic 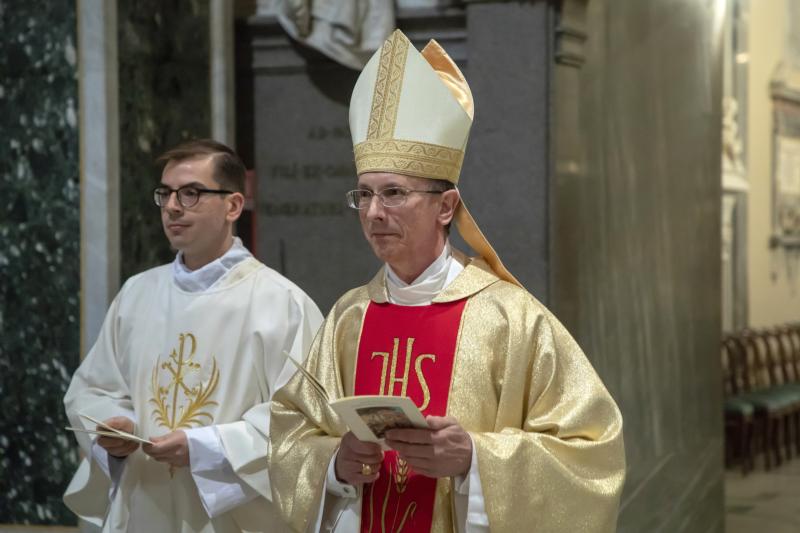 An embattled priest in the Diocese of Charlotte, North Carolina, has taken the unusual step of publicly criticizing ...

On Jan. 23 @aciprensa called me a "Prophet of Satan," which @cnalive reported in an ad hominem article. On that same day, the Gospel reading was Jesus being accused by the scribes of being in league with Satan (Mk 3:22-30)...
https://www.catholicnewsagency.com/news/253447/spanish-priest-calls-out-father-james-martin-for-his-poisoned-doctrine-on-homosexuality