Last part of our massive rebuttal of Andrew Fornak…

[NOTE: This is Part 3 of a response to a series of articles that the author has since withdrawn and that Catholic Family News has removed from its web site. As a courtesy, we have changed the name of the original author to the pseudonym “Andrew Fornak”.]

This analysis is a response to the conclusion of Part II along with Part III of Andrew Fornak’s Catholic Family News article series “Finding Peace in the Crisis”.… READ MORE Cardinal Manning laid it all out…

The Pope and the Antichrist: 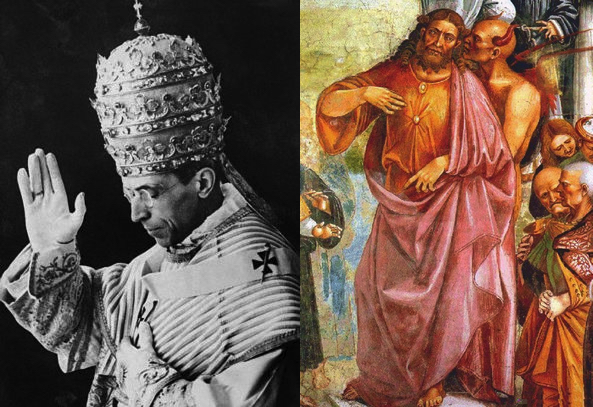 As we all suffer through these most distressing times in which confusion and chaos reign among all who seek to be genuinely Catholic, members of the only true religion established by God, it is helpful and important to reflect on the fact that the situation we find ourselves in today — no (known) valid Pope since 1958, and no apparent Catholic bishop left with ordinary jurisdiction, while a counterfeit institution masquerades as the Catholic Church, spreading heresy, immorality, and impiety — was foretold in Holy Scripture.… READ MORE