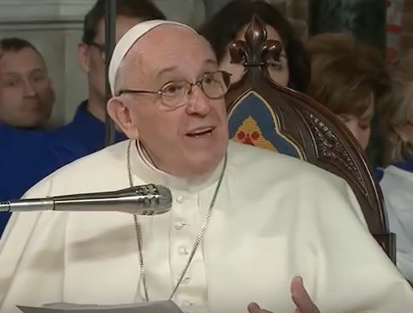 “Cardinal” Coccopalmerio: Need to Revisit Notion of Sacraments as only either Valid or Invalid

Valid or invalid? Too black and white for Cocco!

The Vatican II Sect is an absolute circus. What passes for “Catholic theology” in the Modernist dens of the Vatican has the hallmarks of a tragicomedy.

Consider the latest from “Cardinal” Francesco Coccopalmerio, the president of the Vatican’s Pontifical Council for Legislative Texts. In an interview conducted by Ed Pentin of the National Catholic Register, published Mar. 1, the curial “cardinal” said:

What difference, at this point, does it make? Breaking news from the Anglican Centre in Rome: On March 13, 2017, the Vatican will permit its Anglican friends to celebrate a “Choral Evensong” at St. Peter’s Basilica in the Vatican. The Centre‘s web site has announced the event as follows:

On March 13, for the first time ever, Anglican Choral Evensong will be celebrated at the altar of the Chair of St Peter in St Peter’s Basilica at the Vatican.