Can anyone figure out what he means? On Aug. 25, 2021, we reported that the papal impostor Jorge Bergoglio (“Francis”) had received a letter from the Chief Rabbinate of Israel complaining about his Aug. 11 Wednesday catechesis, in which he (correctly) taught, commenting on St. Paul’s Letter to the Galatians, that the Mosaic Law of the Old Covenant is not capable of giving supernatural life to the soul. Rather, this life is only had through sanctifying grace, which has been merited and made available to us in the New Covenant by our Blessed Lord and Savior, Jesus Christ.… READ MORE

A Sly Devil: How Francis Secretly Undermines Doctrinal Opposition to Abortion while Appearing to Affirm It

A new interview with Jorge Bergoglio (“Pope Francis”) has just been released by the Spanish radio channel COPE. A full English transcript of the 75-minute conversation with Spanish journalist Carlo Herrera was published by Vatican News on September 1:

We have excerpted highlights from this interview and provided some commentary in a separate blog post:

In the current post, we would like to provide more extensive analysis of one specific response Francis gave to a question by Herrera that is particularly alarming.… READ MORE “A Conclave is in the Air”: Francis Rumored to Resign in December and Regulate Role of ‘Pope Emeritus’ Today the Italian newspaper Libero has an explosive headline on its front page: “Francis ready to resign ‘due to health, not age’. Whispers in the Vatican: ‘There’s a conclave in the air’.”

It is the title to an article written by Vaticanist Antonio Socci. The full text has not yet been published in professional English translation [UPDATE: one is now available here]; however, it can be found online in the original Italian at the Libero site as well as at Socci’s own blog, which can easily be translated using tools such as deepl.com… READ MORE 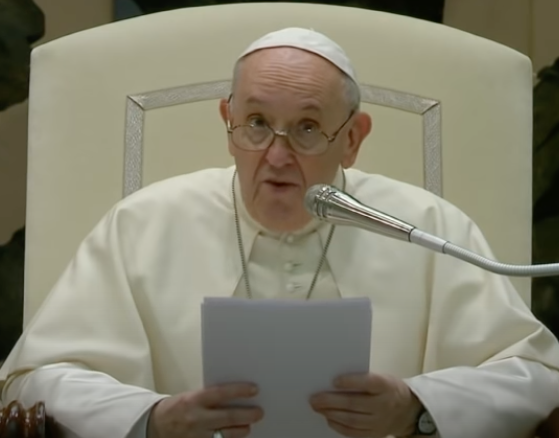 Vaticanist: Francis “Will Never Be Same Again” after Surgery for “Severe and Degenerative” Disease This past Sunday, July 4, 2021, “Pope” Francis was admitted to Rome’s Gemelli hospital for scheduled intestinal surgery.

The Vatican press office has been updating the public about the 84-year-old antipope’s status every day. The latest news is that of July 8:

So far, all the official communiqués from the Vatican have been positive and mollifying, though Phil Lawler believes that the Vatican has made a significant public relations blunder by postponing the announcement of Francis’ surgery to the very last minute.… READ MORE 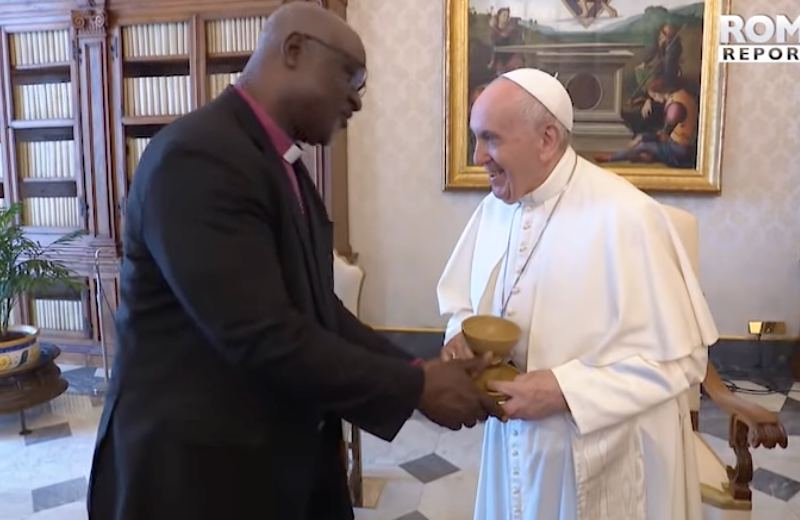 Francis sends Letter to James Martin, commending him for his LGBTQ “Pastoral Work” The notorious American Jesuit “Fr.” James Martin, whom we have disaffectionately nicknamed “Hellboy”, has received a hand-written letter from the apostate Jorge Bergoglio (“Pope Francis”), dated June 21, 2021, commending him for his “ministry” to sexual perverts.

Martin published the original letter, a transcript of it, and an inofficial English translation, on his busy Twitter account today:

Pope Francis @Pontifex has sent a beautiful letter on the occasion of the Outreach LGBTQ Catholic Ministry Webinar, which happened yesterday, expressing his support for this ministry and encouraging us to imitate God's "style" of "closeness, compassion and tenderness"… pic.twitter.com/O9nTftoLDi

Francis “interprets” Galatians:
St. Paul warned of Rigid Clingers to the Past! Every Wednesday, Jorge Bergoglio (“Pope Francis”) conducts one of his religious re-education sessions known as the General Audience.

It was no different yesterday, June 23, when the anti-Catholic wolf in shepherd’s clothing began a new catechetical series, this time on St. Paul’s Letter to the Galatians. We’ll go through the main portions of Francis’ presentation and fisk them as needed.

Francis begins by noting that St. Paul’s Epistle to the Galatians is “very topical”, that is, extremely relevant to our times, and in this he couldn’t be more right.… READ MORE