The ever-talkative “Pope” Francis (Mr. Jorge Bergoglio) used this opportunity to bring more of his Naturalist twaddle to a wider audience. In a spiritual equivalent of the smutty Super Bowl half-time show, Francis once again promoted sports as a great way to practice his “culture of encounter” that, so he thinks, will lead to world peace.… READ MORE At a special press conference today, the Vatican released Francis’ latest official document, the “Apostolic Letter” Misericordia et Misera. The text is available in sundry languages at the Vatican web site, of which we make the following two available via direct links:

Amazingly, the document does not shy away from using the word “adultery”, in its opening sentence even. Of course, it only mentions this word in connection with forgiveness, but it’s still noteworthy because Amoris Laetitia had refused to use the term and spoke instead of “irregular situations”.… READ MORE 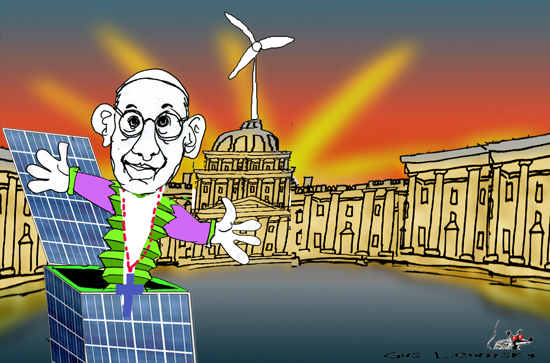 Vatican once again releases Naturalist-apostatical message to Muslims for observance of Ramadan - https://press.vatican.va/content/salastampa/it/bollettino/pubblico/2021/04/16/0231/00505.html Folks, there is nothing Catholic left in these people. They live, eat, and breathe Indifferentism, Naturalism, Modernism. #CatholicTwitter #catholic #vatican

@JustACatholic1 @JRBombadil @AngelicoPress And to think that this is a major semi-trad publisher, one that just released the collected messages of “Abp.” Carlo Vigano! https://www.angelicopress.org/vigano-a-voice-in-the-wilderness And also Athanasius Schneider’s “Christus Vincit”!

The issue of “vaccines” can get people emotional, but Catholics don’t live or die by emotions, but by our faith accompanied by reason. The miniseries done by @RevMcKenna which was sponsored by @NovusOrdoWatch has not been refuted by either clergy or laity

@DTCory @ColleenEldrach1 Does he not realize that dogmatic manuals get their teachings from encyclicals (and many other sources) in the first place? :-D

Pope Emeritus Benedict XVI was born 94 years ago today in the town of Marktl, Bavaria.

@modestianrite @AngelicoPress @JustACatholic1 Oh yeah, such a totally Catholic practice, right? And I’m sure the hermetic magician is happily teaching Catholicism in his book…