To honor the incredibly holy John Paul II’s involvement with Madrid, having visited the Spanish capital in 1982, 1993, and 2003, a chapel dedicated to the Koran kisser has been built inside the cathedral.… READ MORE

Chaos Frank is at it again… The beautiful season of Advent has begun, and if there’s one man who knows how to interrupt this sacred time of penance and preparation for Christmas, it’s the Argentinian apostate Jorge Bergoglio (“Pope Francis”).

On Nov. 22, 2022, the world’s most talkative Jesuit sat down with a few assorted journalists from the Jesuit rag America, giving them a massive interview that was published Nov. 28:

One of the interviewers was Gloria Purvis.… READ MORE November 25 is the annual International Day for the Elimination of Violence against Women, obviously a noble cause. Vatican News released a brief report on it today, quoting “Pope” Francis from a sermon he gave on Jan.… READ MORE Anyone could have told her back in 2014 that religious life is obviously not her thing. Then a Novus Ordo Ursuline nun, the Sicilian appeared on the televised singing contest The Voice of Italy in full habit, belting out pop and rock songs and dancing in a thoroughly profane manner. She was cheered on by her Mother Superior and other nuns of her order.… READ MORE

Pachamama is here to stay! On Oct. 29, 2022, the Italian web site La Nuova Bussola Quotidiana, which is the Italian edition of Daily Compass, reported on an interesting incident that took place in Panama in connection with the seventh Continental Symposium on Indian Theology, which had been held from Oct. 3-8.

But first, some background regarding the conference itself. Vatican News explains:

About 50 pastoral agents, bishops responsible for indigenous pastoral care, religious, lay people and indigenous theologians and delegates from their communities will reflect on the “Holy Spirit and the native peoples”, theme of the meeting, which aims to continue the path of deepening the doctrinal contents of Indian theology, to advance in its clarification in the light of the Word of God and the Magisterium of the Church. Chronicling the unending infernal chaos of the Vatican II Church…

Francis’ henchman ‘Abp.’ Rino Fisichella of the Dicastery for Evangelization thinks “the essence of the Gospel is to be close, to be near, to be in the service of all people who are weak in the world of today”. Except it’s not. It may be part of living the Gospel, but its essence is supernatural: It’s about Redemption and salvation in Jesus Christ.… READ MORE On April 29 of this year, the beautiful Catholic Votive Church (Votivkirche) of Vienna, Austria, was profaned with an infernal spectacle that must be seen to be believed.

The concerts of “Electric Church” have been defiling traditional Catholic church buildings for nearly 10 years, but always with the blessing of the official Novus Ordo authorities.

Long-time readers of this blog may recall that we first reported on Electric Church back in 2014:

A brief video review of this year’s Electric Church concert has been published on YouTube.… READ MORE

Who’s really on the safe side theologically?

Playing it Safe? Kennedy Hall and the Sedevacantist Wager 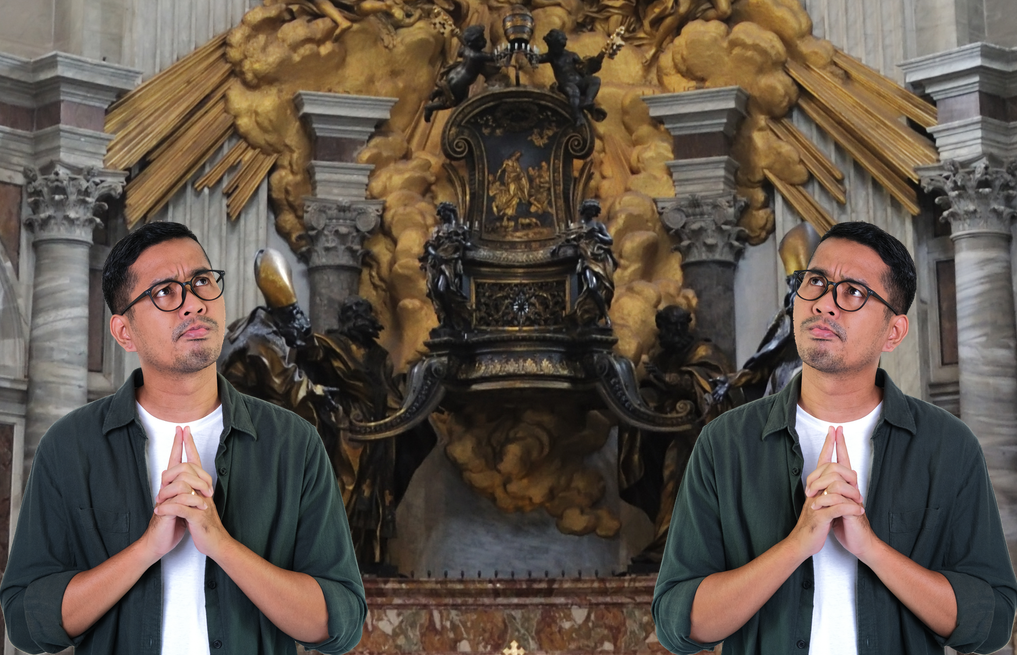 Kennedy Hall is a Canadian journalist, author, and internet pundit who falls squarely into the recognize-and-resist camp theologically.

On Oct. 21, 2022, writing for Crisis Magazine, Hall published a blog post entitled, “The Sedevacantist Wager”, in which he explains why he believes that, leaving aside all theological arguments, it is ultimately a much safer bet to accept Francis and his five predecessors as true Popes, as long as one sufficiently sifts their magisterium for whatever is heretical, erroneous, or otherwise dangerous to one’s soul.… READ MORE (Disclaimer: NOT an official Synod image)

The earth was trembling yesterday as the Vatican held a press conference to introduce what the entire globe had been waiting for with bated breath: the 56-page Working Document for the Continental Stage of the ever-blessed Synod on Synodality.

The full document, which is adorned throughout with childishly silly crayon-style artwork, can be downloaded in five different languages from the Synod web site:

The paper consists of 109 numbered paragraphs and is divided into various chapters and sub-chapters.… READ MORE