Sparks are flying in Novus Ordo Land. On August 29, 2013, ChurchMilitant.TV‘s senior executive producer and host of The Vortex Michael Voris — the man whose haircut that makes him look like a mixture between Justin Bieber and the Doctor Who of the late 1960s — caused quite a ruckus among those members of the Vatican II Sect that are often described as (and consider themselves to be) “conservative Catholics”. He did this by calling to his viewers’ attention the (publicly available) salary figures of the highest income earners at various popular Novus Ordo organizations, including the well-known Catholic Answers in Southern California.

On May 31, 2013, their Catholic Answers Live radio show featured a program entitled “Radical Traditionalism”, which was dedicated to refuting the errors of the Society of St. 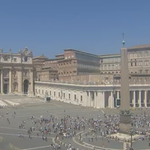 @NovusOrdoWatch These “artist” interpretations of the crucifixion are everywhere in the NO. 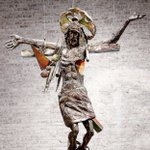 @RemnantClergy Martyred? It would be great if he could just issue a retraction of one of his many heresies, for starters.

Pope Francis has named the most saints in history

@KansasCatholic I’m not familiar with it, but personally, I wouldn’t read anything by that author.