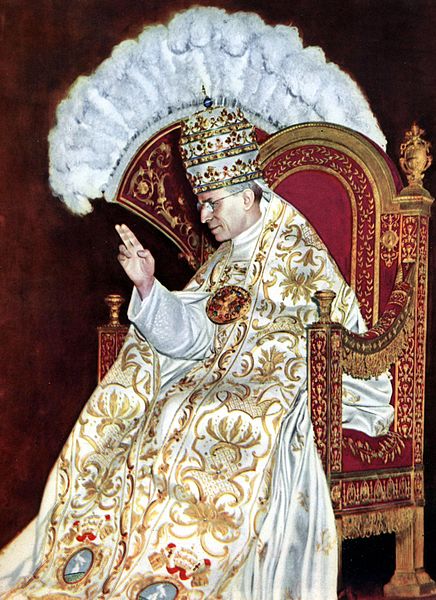 One of the most prominent and influential writers of the traditionalist movement in the Vatican II Church was the English writer Michael Treharne Davies (1936-2004). No individual has written more prolifically than Davies on traditionalist issues, and probably no single layman, with the possible exception of Dietrich von Hildebrand, has enjoyed wider prominence, credibility, and trustworthiness than him. But is this respect Mr. Davies has enjoyed really well-founded? If not, what does this mean for the people who base most of their understanding of the traditionalist subject matter on the research and argumentation of this man?… READ MORE

On those “Pitfalls of False Logic”:
A Response to the Blogger Mundabor on the Papacy

On Nov. 5, 2015, the English blogger Mundabor published a post entitled, “Keeping The Faith: The Pitfalls Of False Logic”. As is his usual style, Mundabor offers a mix of verbal assault coupled with ignorance of Catholicism, combining a contemptuous language with plenty of rash claims devoid of any actual Catholic theology. This is confirmed by the fact that he does not even attempt to quote any Catholic authority to back up anything he says. Absent this, what he says is simply his opinion, although even that would be fine if at least it were properly informed and correct.… READ MORE

Time to take a stand…

It’s only a few more weeks, nay days, before Jorge Bergoglio (“Pope” Francis) visits the United States. He will arrive on Tuesday, Sept. 22 and stay until Sunday, Sept. 27. Here is the official schedule:

With the arrival of Francis, a great many secular people will turn their attention to “things Catholic”, and this means that for those of us who live in the United States, we may very well be asked whether we are Catholic, what we think of Francis, and whether we are excited about the “papal” visit.… READ MORE

The True Meaning of the Vincentian Canon

Deflating Another ‘Resistance’ Myth: Can we reject Magisterial Teaching if it wasn’t believed “always, everywhere, and by all”? “Cafeteria Catholicism” is a fitting label often used to describe the position taken by overt Modernists and other pseudo-Catholic liberals (such as Joe Biden, Nancy Pelosi, or John Kerry) who like to pick and choose which Church teachings to accept and which ones to reject. Usually what is accepted is those things perceived as politically correct, expedient, or simply non-offensive (for example, the existence of God, the importance and power of prayer, the reality of Heaven, or the importance of loving of neighbor), whereas what is rejected is those teachings that are politically incorrect, offensive to modern man, or somehow inconvenient or burdensome (for example, the necessity of the Catholic Church for salvation, the prohibition against worship with non-Catholics, the reality of hell, or the indissolubility of marriage or most other sins against the Sixth and Ninth Commandments).… READ MORE

The Anti-Modernist Reader:
Studies on the New Religion of Vatican II The Anti-Modernist Reader is a multi-volume anthology of articles written by several sedevacantist clerics since the 1990s, many of which have been published at TraditionalMass.org. The essays are arranged topically, with each volume being dedicated to a particular topic. This first volume, now published, deals with the divinely-established office of the papacy. Future volumes will include material on the Holy Mass, on the Sacraments, on Sedevacantism, and more.

To give you an introduction to this series and provide some of the background of how the idea for this anthology came about, our friends at Restoration Radio have put together a short broadcast, free of charge, discussing The Anti-Modernist Reader with its editor and co-author: CLICK HERE TO LISTEN.… READ MORE

Contribution to a discussion… 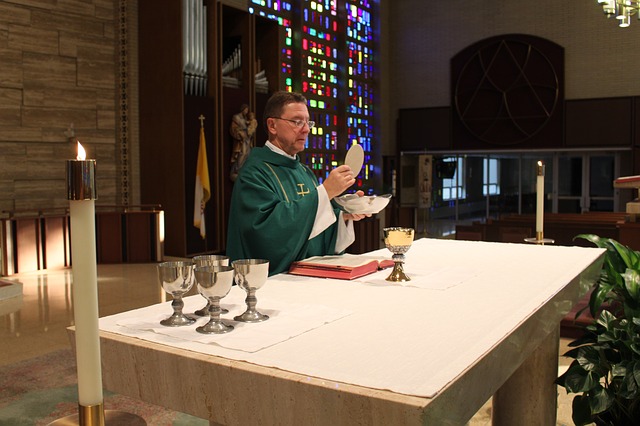 If you want to have a stellar example of the warped theology and mental gymnastics you have to embrace in Neo-Traditionalist Wonderland, look no further than the issues being discussed by Mundabor and Louie Verrecchio on whether the “New Mass” (Novus Ordo Missae of Paul VI) is evil and/or sinful to attend. There we have two individuals who use Catholic principles very selectively and/or turn a blind eye to what is right in front of them, in order not to have to embrace that which would otherwise follow necessarily: Sedevacantism.… READ MORE

Francis the Destroyer:
An Anthology of the Bergoglian “Magisterium”
by Miles Christi

If you can stomach it: A writer using the pen name of Miles Christi (“Soldier of Christ”) has compiled 12 pages of quotations from “Pope” Francis since his election on March 13, 2013, demonstrating how the man is not a Roman Catholic and therefore cannot be the head of the Catholic Church, since “he cannot be the head of that [of] which he is not a member” (St. Robert Bellarmine, De Romano Pontifice II, c. 30).

This anthology is being made available in several languages.

Mgr. Fenton on the Failure of Vatican II
— What John Vennari didn’t tell you John Vennari, editor of the recognize-and-resist flagship publication Catholic Family News, has long been an ardent proponent of the great anti-Modernist theologian Mgr. Joseph Clifford Fenton (1906-1969), and rightly so. Fenton was indeed a remarkably gifted and zealous opponent of Modernism in the twentieth century, a genuine stronghold of Catholic orthodoxy amid the theological liberalism that was trying to gain foot in the years leading up to the Second Vatican Council (1962-65).

For well over ten years, and again very recently, Vennari has been quoting in his articles and talks from an essay written by Mgr.… READ MORE …Now that fifty years have transpired since Vatican II, can we really say that the movement from within has succeeded? After a half a century of resisting from within, has the tidal wave of Vatican II receded? Has the Catholic faith become stronger in the souls of baptized Catholics? As we look around at the vineyard of the Church, is it flourishing with deep faith and obedience to the commandments of God? Are the sheep of Christ in good hands?