We have arrived at installment no. 11 of our ongoing special Year of Exclusion, Judgment, and Condemnation series, which is being observed in direct contrast to the phoney Year of Mercy of the papal impostor Jorge Bergoglio, who goes by the stage name “Pope Francis”. Our Year of Condemnation runs parallel to the Year of Mercy, and each installment focuses on some forgotten truth of the holy Catholic Faith that is considered by our sorry society as extremely judgmental, exclusionary, negative, hateful, bigoted, intolerant, condemnatory, unwelcoming, dogmatic, narrow-minded, and everything else that oh-so-enlightened modern man despises and detests.… READ MORE 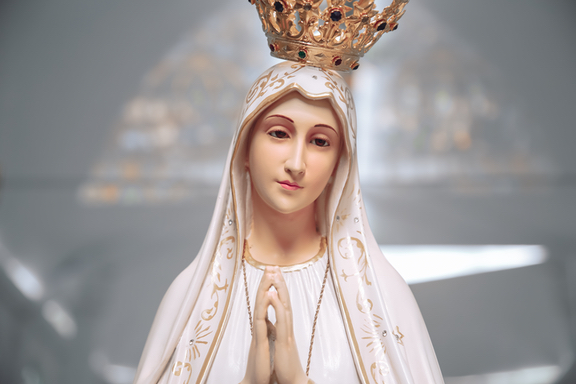 The following is a pastoral letter of His Eminence, Cardinal Giuseppe Siri, Archbishop of Genoa, Italy. It explains in depth why it is dangerous and inappropriate for women to wear pants rather than dresses or skirts. It is not onlya question of modesty, it is mainly, as His Eminence explains, a question of feminine psychology, of feminine dignity, and even of vitiating relationships between male and female. If you think this is ridiculous or unacceptable, we only ask that you give the Cardinal a fair hearing.

The following is the full text of the decree Lamentabili Sane issued on July 3, 1907, by the Holy Office on behalf of the then-reigning Pope, Pius X. It was followed by the Oath Against Modernism and the landmark enyclical Pascendi Dominici Gregis of the same Pope. Pius X (1903-1914) is the only Pope in recent times who was declared a saint and whose body remained incorrupt after his death.

Lamentabili Sane
Syllabus condemning the Errors of the Modernists

With truly lamentable results, our age, casting aside all restraint in its search for the ultimate causes of things, frequently pursues novelties so ardently that it rejects the legacy of the human race.