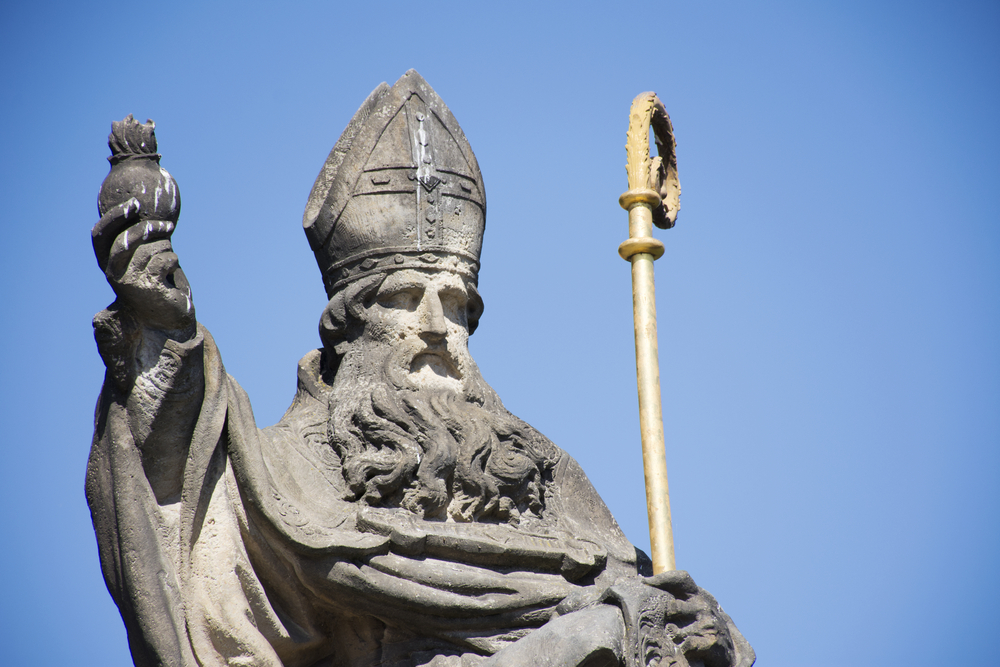 If Sedevacantism were understood to mean that the Church does not, per se and by unalterable divine institution, have a visible hierarchy, then such a position would indeed be unacceptable because it would be heretical. The First Vatican Council teaches that just as Christ “sent the apostles, whom He had selected from the world for Himself, as He himself had been sent by the Father [Jn 20:21], so in His Church He wished the pastors and the doctors to be ‘even to the consummation of the world’ [Mt 28:20]” (Dogmatic Constitution Pastor Aeternus, prologue; Denz. 1821).

Thus, it is clear that Sedevacantists are by no means allowed to adhere to, much less defend, such an absurd view. Instead, we must affirm the true teaching and leave those things that we cannot resolve to mystery for the time being. This is not a copout; it is the only way to proceed for a soul that allows itself to be guided by reason and Faith. To a sound mind, mystery is acceptable, especially in advanced theological matters; contradiction, on the other hand, is not.

The recent lecture given at the 2021 Fatima Conference hosted by the Congregation of Mary Immaculate Queen (CMRI) explains and illustrates this reasonable approach at length:

In that lecture, reference is made to a letter the great Church Father and Doctor St. Augustine of Hippo (354-430) wrote to a bishop named Hesychius. In paragraph 39 of that epistle, St. Augustine speaks about our Blessed Lord’s prophecy concerning the end times, specifically the signs that will precede His Second Coming (see Mt 24; Mk 13; Lk 21). One portion of this divine discourse is of particular interest to the visibility of the Church, namely: “And immediately after the tribulation of those days, the sun shall be darkened and the moon shall not give her light, and the stars shall fall from heaven, and the powers of heaven shall be moved” (Mt 24:29).

The holy doctor comments as follows:

By all means, I think these [prophetic developments] are better understood with regard to the Church, lest the Lord Jesus, with His second coming drawing near, seem to have foretold as being of great consequence [developments] that had been accustomed to happen to this world even before His first coming, and [lest] we be laughed at by those who have read in the history of nations more and much greater things than the ones at which we tremble as the final and most important of all. For the Church is the sun and the moon and the stars, to which it was said, “fair as the moon, bright as the sun” (Canticle of Canticles 6:9). In this world our Joseph [=son of Jacob and Rachel] is worshipped [=venerated] by the [moon], as though in Egypt [when he had been] lifted up on high from the lowliest [condition]. For the Joseph’s mother, who died before Jacob had come to his son, was certainly unable to worship him, in order that the truth of the prophetic dream (Genesis 37:9), to be fulfilled with Christ the Lord, might be preserved. For when “the sun shall be darkened, and the moon shall not give her light, and the stars shall fall from heaven, and the powers of heaven shall be moved,” just as this passage was recorded by the other two Evangelists (Matthew 24:29, Mark 13:24), the Church will not be perceptible at that time, with the ungodly persecutors raging beyond measure and with all fear laid aside as though the world’s good fortune were smiling approvingly, while they say, “Peace and security” [1 Thessalonians 5:3]. Then the stars shall fall from the heaven, and the powers of heaven shall be moved, because many who seemed to shine brightly with grace will yield to the persecutors and will fall, and some of the most valiant faithful will be confounded. However, for this reason, according to Matthew and Mark it is said that this will take place after the tribulation of those days, not because these things will happen after that entire persecution has been brought to an end, but because the tribulation will come before, in order that certain people’s defection [from the faith] may follow. And because it will come to pass in such a way through all those days, therefore after the tribulation of those days, but all the same it will nonetheless come to pass in the same days.

We know from St. Augustine’s other writings that, of course, he is not saying the Church will cease to exist — which would be contrary to divine revelation (see Mt 16:18; 28:20):

Also Augustine says: “Unbelievers think that the Christian religion will last for a certain period in the world and will then disappear. But it will remain as long as the sun – as long as the sun rises and sets: that is, as long as the ages of time shall roll, the Church of God – the true body of Christ on earth – will not disappear” (In Psalm. lxx., n. 8). And in another place: “The Church will totter if its foundation shakes; but how can Christ be moved?…Christ remaining immovable, it (the Church, shall never be shaken. Where are they that say that the Church has disappeared from the world, when it cannot even be shaken?” (Enarratio in Psalm. ciii., sermo ii., n. 5).

What does the holy Church Father mean, then, when he tells Bp. Hesychius that the Church “will not be perceptible”? Evidently, he means that she will be obscured, just as the sun or the moon are obscured during an eclipse. While they are eclipsed, they are not seen but still in existence with all their same inherent properties as before. That this is what the great theologian means is clear also from the context, for he is commenting on the holy words of our Blessed Lord that “the sun shall be darkened and the moon shall not give her light” (Mt 24:29; Mk 13:24; cf. Lk 21:25). We might add that these words are an echo of Isaias 13:10: “For the stars of heaven, and their brightness shall not display their light: the sun shall be darkened in his rising, and the moon shall not shine with her light”.

This interpretation of our Lord’s prophetic words by someone who is not merely an approved theologian but a Doctor and canonized Saint of the Church is incredibly consoling for us in these difficult and confusing times. It confirms once more that the Church can be in eclipse, but she cannot fail and she cannot defect!

For more information about the traditional Catholic position on the signs that precede the end of the world and our Lord’s Second Coming, the following links provide helpful resources:

Those who embrace the Novus Ordo Sect (Vatican II Church) on the grounds that it is visible are committing a grotesque blunder. While it does have a neatly-arranged and fully-functioning hierarchy and teaching authority (magisterium), none of those characteristics are of any value since that hierarchy does not teach the Catholic Faith. In other words, the end for which Christ instituted a hierarchy and teaching authority in His Church to begin with is not attained, rendering the structure as useless as salt that has lost its flavor: “It is good for nothing any more but to be cast out, and to be trodden on by men” (Mt 5:13).

Our most beloved Redeemer, Christ the Lord, willed as you well know, venerable brothers, to deliver all men from the captivity of the devil, free them from the yoke of sin, call them from darkness into his wonderful light and be their salvation. When he had blotted out the handwriting of the decree against us, fastening it to the cross, he formed and established the Catholic Church, won by his blood, as the one “Church of the living God,” the one “kingdom of heaven,” “the city set on a hill,” “one flock,” and “one body” steadfast and alive with “one Spirit,” one faith, one hope, one love joined and firmly held together by the same bonds of sacraments, religion and doctrine. He further provided his Church with leaders whom he chose and called. In addition, he decreed that the Church will endure as long as the world, embrace all peoples and nations of the whole world, and that whoever accepts his divine religion and grace and perseveres to the end will attain the glory of eternal salvation.

To preserve forever in his Church the unity and doctrine of this faith, Christ chose one of his apostles, Peter, whom he appointed the Prince of his Apostles, his Vicar on earth, and impregnable foundation and head of his Church. Surpassing all others with every dignity of extraordinary authority, power and jurisdiction, he was to feed the Lord’s flock, strengthen his brothers, rule and govern the universal Church. Christ not only desired that his Church remain as one and immaculate to the end of the world, and that its unity in faith, doctrine and form of government remain inviolate. He also willed that the fullness of dignity, power and jurisdiction, integrity and stability of faith given to Peter be handed down in its entirety to the Roman Pontiffs, the successors of this same Peter, who have been placed on this Chair of Peter in Rome, and to whom has been divinely committed the supreme care of the Lord’s entire flock and the supreme rule of the Universal Church.

Here the Pope clearly sets forth the purpose for which Christ instituted visible Church. It is an absurdity, therefore, to embrace the Vatican II Church on the grounds that the Church must be visible. A visible organization that does not teach the true Faith, does not administer the true Sacraments, does not offer to God the true worship, and does not provide godly governance to its flock, is not the Catholic Church founded by Christ.

Alas, some people find mystery so unbearable that they would rather embrace a manifestly wrong answer than no answer at all. Granted, ascribing a conundrum to mystery for the time being is not terribly satisfying theologically. However, it is infinitely more acceptable than identifying a clearly apostate counterfeit church — the Vatican II Sect — as the visible and true Catholic Church, all the while rejecting its teachings precisely because it does not “preserve forever … the unity and doctrine of this faith”.

Visible though it might be, the Novus Ordo Church currently headed by “Pope” Francis is not visible as the Church founded by Jesus Christ, the Roman Catholic Church, which “makes no terms with error, but remains faithful to the commands which it has received to carry the doctrine of Jesus Christ to the uttermost limits of the world and to the end of time and to protect it in its inviolable integrity” (Pope Leo XIII, Apostolic Letter Annum Ingressi).