At Eucharistic Congress this past Sunday, 'Pope' Francis said we must adore ‘the Lord Present in the Bread’ - https://novusordowatch.org/2022/09/francis-worship-lord-present-in-bread/ Seems like no one else has reported on this so far. 🤷🏼‍♂️ #CatholicTwitter #popefrancis #catholicchurch #catholicnews

Francis is a pope of the peripheries, and in Italy that‘s the south.

Another day, another book with a foreword or introduction from 'Pope' Francis - #popefrancis

Pope: A "Life of Jesus" for a closer relationship with Him - Vatican News

Andrea Tornielli's book "Life of Jesus", with an introduction by Pope Francis, hits the shelves in Italian on 27 ...

In a recent presentation to U.S. Catholic leaders, Cardinal Mario Grech encouraged them to continue the process of ...

"LGBTQ+ Catholic Pilgrims Recognized During Mass at Our Lady of Guadalupe Basilica" - This is about making sodomy acceptable, nothing else. All the "accompaniment" stuff is window dressing. #CatholicTwitter #catholic

A pilgrimage of LGBTQ+ Catholics celebrated Mass at the Basilica of Our Lady of Guadalupe with the organizing grou...

There is a significant difference between "not infallible" and "heretical".

So is this an admission then that you're not in communion with Bergoglio? And if he's the Pope, as you apparently still believe, then what does that make you? 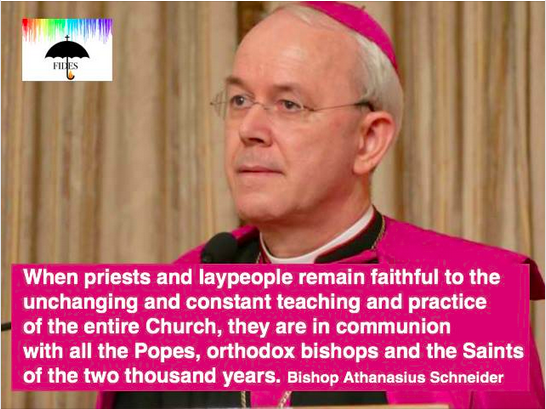 Remember that we are in communion with the popes, saints and faithful of the past 2,000 years

The Bergoglians are the schismatics, not us

The 'Catholic Identity [Crisis] Conference' has upgraded its resistance to Francis. Now they will issue a "formal declaration of resistance". #PopeFrancis