The folks at Mediatrix Press have released another gem of St. Robert Bellarmine, the great 17th-century Jesuit cardinal who is the Church’s foremost single theologian on the papacy. For the first time now available in English, Papal Error? A Defense of Popes said to have Erred in Faith is an excerpt from Cardinal Bellarmine’s larger treatise De Romano Pontifice (“On the Roman Pontiff”), Book IV. The translator is Mr. Ryan Grant, and the English-speaking world owes him a tremendous amount of gratitude.… READ MORE

ESCAPE FROM THE NOVUS ORDO:
VII: The Initial Steps of the Escape Plan

Restoration Radio’s show “Escape from the Novus Ordo” returns with Fr. Michael Oswalt, a former Novus Ordo “priest” of the diocese of Rockford, Illinois, who converted to traditional Catholicism (sedevacantism) and was ordained a true priest in 2011. He has penned an open letter to his former diocese of Rockford, Illinois, in which he explains why he left the Novus Ordo religion. The letter is available in English and Spanish:

Move over, Year of Mercy:
Here comes the…
YEAR OF CONDEMNATION!

If there is one thing our wicked world does not need, it’s more of the bogus “mercy” promoted by Jorge Bergoglio (“Pope” Francis) and his Modernist henchmen. Yet, the Vatican II Sect will be celebrating a so-called “Jubilee Year of Mercy” from December 8, 2015 through November 20, 2016, as announced by Francis earlier this year.

At the opening of the so-called “Second Vatican Council”, Antipope John XXIII said: “Nowadays … the spouse of Christ prefers to make use of the medicine of mercy rather than that of severity” (Opening Address Gaudet Mater Ecclesia, Oct.… READ MORE

The ball is now in Francis’ court…

Thanks to Ambiguity, All Doors Are Open — Both Sides claim Victory while Francis slams Conservatives in Closing Speech

“Saint John Paul II offered a complex criterion that remains the basis for the evaluation of these situations: ‘…there’s a difference between those who sincerely tried to save their first marriage and were abandoned entirely unjustly, and those who through a grave fault destroyed [sic] a canonically valid marriage. Further, there are those who contracted a second union in view of the education of their children, and at times are subjectively certain in conscience that the preceding marriage, irreparably destroyed, was never valid’ (Familiaris Consortio, 1981, n.

Another charlatan goes down… 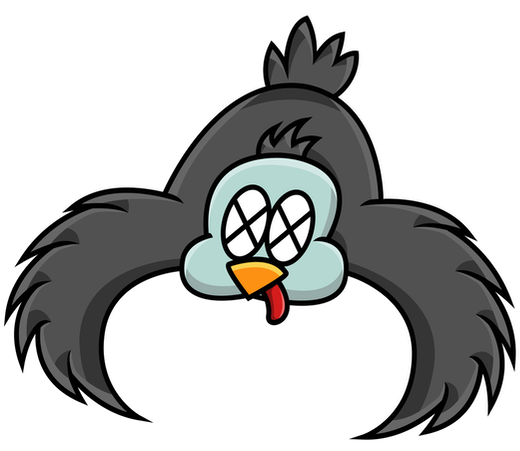 We really try our best not to link to any content promoting the Dimond brothers because of their denial of baptism of blood and desire (among other things), but the video one of their adherents just produced exposing Eric Gajewski’s TradCatKnight deception is too important to pass up.

Take a good look at what is going on with the man who claims to be the “Great Monarch” of Catholic prophecy, who is the commander of the “Order of the Eagle” you probably never heard about, and who incessantly brags about being the (allegedly) “most viewed and followed traditional Catholic apostolate on the internet,” to the point of belittling those who do not have as many followers or views as he does.… READ MORE Vatican prelate Krzystof Charamsa, suspended for his [public] confession of being a [practicing] homosexual, has appealed to the Pope for help. He wrote a letter to Francis in which he asked him to “open the hearts of the bishops” at the world synod on the family, Charamsa said on Thursday [Oct.

News is pouring in faster than we’re able to produce quality blog posts!

Just as we were preparing to publish a post on the Vatican’s downplaying of Francis’ meeting with Kim Davis, which had just been overshadowed by the revelation that Francis had received in audience a homosexual couple while in the United States (details further down below), this morning news broke that a high-ranking prelate in the Vatican’s so-called Congregation for the Doctrine of the Faith (CDF) — the Novus Ordo version of the Holy Office — has publicly admitted to being in a sodomite relationship and being “proud” of it!… READ MORE