Fatima Fraud: The Case for an Impostor ‘Sister Lucy’ beginning around 1960 - https://www.youtube.com/watch?v=tFNR85tQpCk It’s utterly amazing how just about all ‘Fatima apostolates’ have completely ignored this... #fatima #CatholicTwitter #catholic

A one-sided Francis at today’s Angelus: “The Holy Spirit does not want closures; he wants openness, welcoming communities where there is room for everyone” - https://www.vatican.va/content/francesco/es/angelus/2021/documents/papa-francesco_angelus_20210926.html Well, it depends… —> 1 Cor 5:11. #PopeFrancis

Ye holy North American Martyrs, who died to save souls, pray for us!

“If any man come to you, and bring not this doctrine, receive him not into the house nor say to him, God speed you.” (2 John 10) 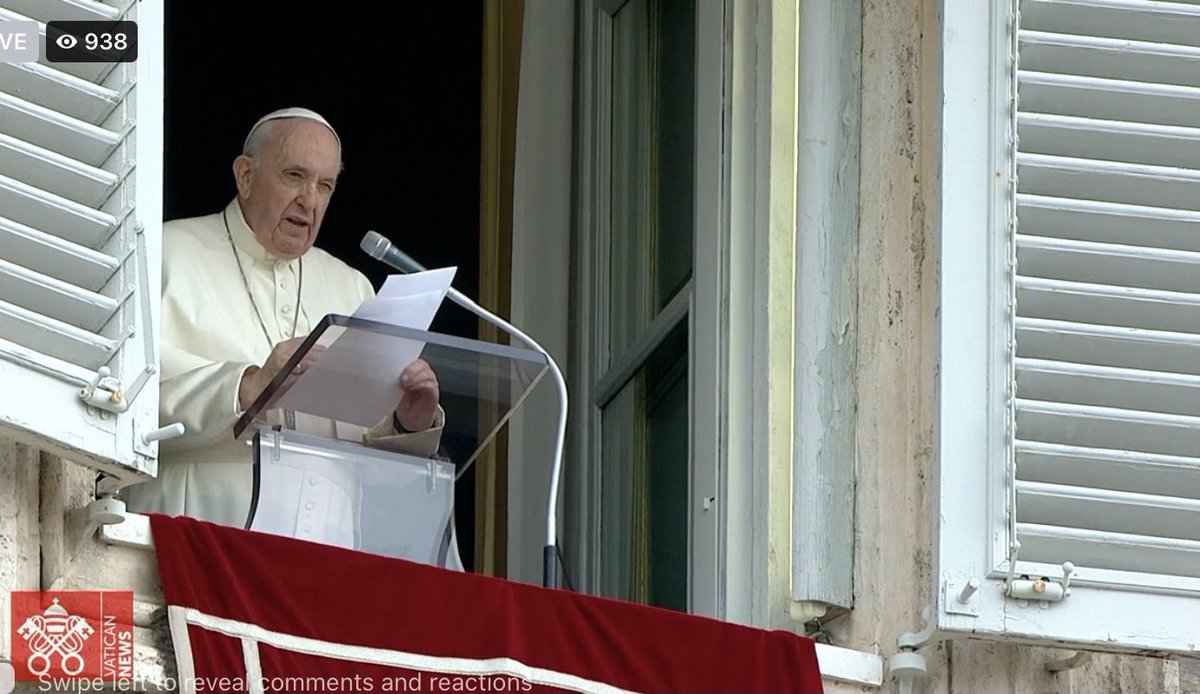 #PopeFrancis: “We are called to build a world that is ever more inclusive, that does not exclude anyone.”

His “ever larger WE” won’t even include those who want to worship like everyone did before Vatican II.

Today the Church is called to go out to the streets of the existential peripheries to heal the wounded and seek the lost, without prejudices or fear, without proselytism, but ready to expand her tent to welcome everyone in an ever larger WE. #WDMR2021

But the “future of justice and peace” he wants to build is not one under the sweet yoke of Christ and His Law through sanctifying grace, it is a Naturalist-Masonic universal brotherhood built on religious liberty and indifferentism.

I appeal to all men and women to journey together towards an ever broader “we”, to renew the human family, to build together a future of justice and peace, and to ensure that no one is left out. #WDMR2021

“An explosion of mutual enrichment” - these people are not even embarrassed by such titles: https://wherepeteris.com/an-explosion-of-mutual-enrichment/

Paul VI on novelty (1969): “In fact the new for us usually consists essentially in a return to genuine tradition and to its source, which is the Gospel” - https://www.vatican.va/content/paul-vi/fr/audiences/1969/documents/hf_p-vi_aud_19690702.html See, novelty IS tradition! This kind of talk didn’t start with Francis, folks… #CatholicTwitter