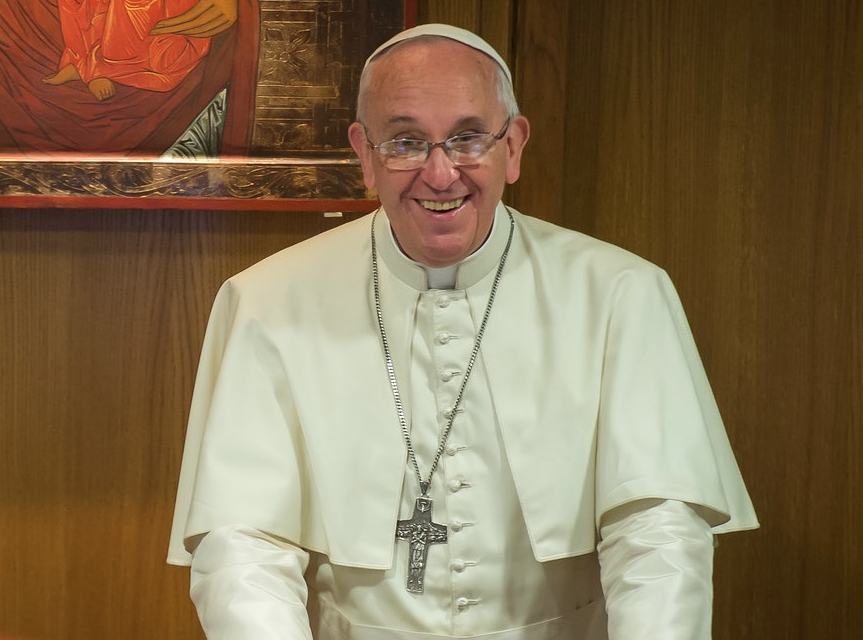 Please pardon us if we sound repetitive, but it is “Pope” Francis’ fault, for he is the one who keeps repeating the same heresies over and over again. We realize that, deplorably, we find ourselves so deeply trapped in Theological Absurdistan now that one more heretical statement from the “Holy Father” will barely elicit any reaction from those who have long made themselves believe that a heretical Pope is not only possible but even a fairly common, or at least trivial, occurrence in Church history.… READ MORE

Jorge is clearly on a roll these days! Closing out the old year with the unspeakable blasphemy that our Lord “probably had to beg forgiveness” of Mary and Joseph for staying behind in the Temple, and claiming that the Blessed Mother had “rebuked” her Divine Son, the Argentinian pretend-pope began the new year with an apostasy-bomb in the form of a video promoting indifferentism, agnosticism, and perhaps even syncretism. Here are the links:

As regards the apostasy video, Jimmy Akin tried his six-figure-salary best to explain away what was clearly visible to everyone.… READ MORE

He did it again…

When you see this microphone in front of this face, you know it’s time to run for the hills…

Boy, this is really getting old. You know how it works: Francis departs from his umpteenth trip by plane, and during the flight he pulls out a microphone and takes questions from members of the press. The Bergoglian jaw starts moving, and at that point, the sky’s the limit as to what words will leave his mouth.

In the latest case, that of November 30, 2015, nothing short of chaos ensued, as usual.… READ MORE Not surprisingly, a Lutheran woman married to a “Catholic” asked the “Roman Pontiff” if Lutherans and “Catholics” would not finally be allowed to share each other’s “Communion”.… READ MORE