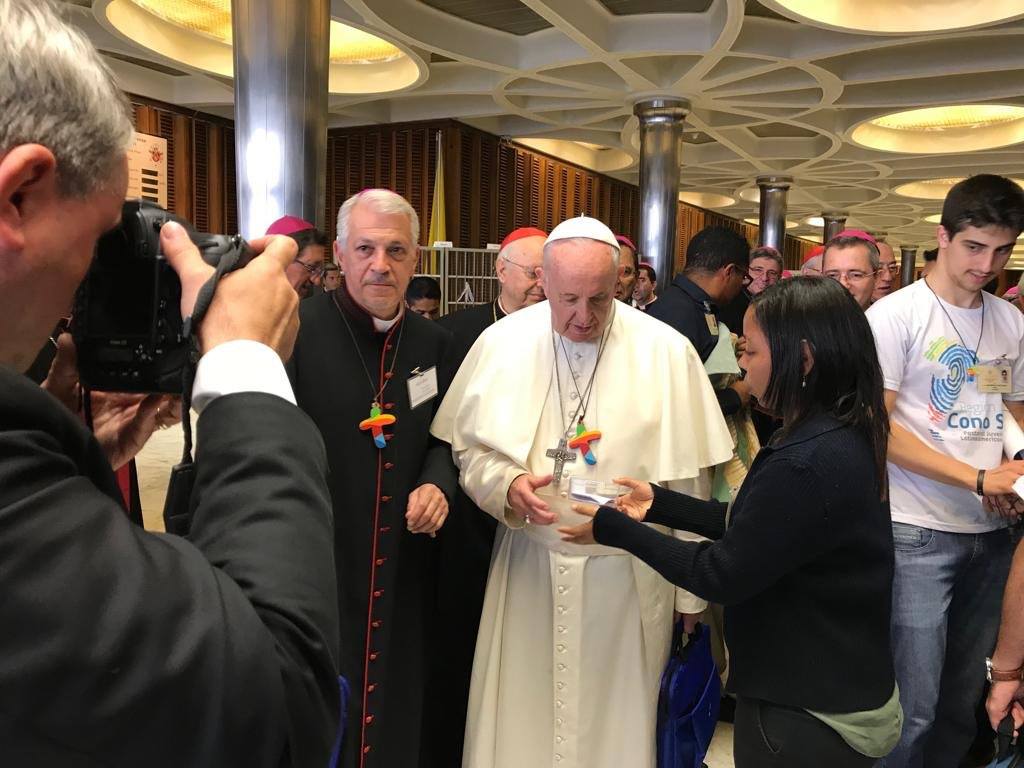 This “youth cross” exudes all the spiritual maturity of a toddler — it looks like it was put together by a two-year-old playing with foam play mats. Not that that would keep the “Pope” from taking it seriously, of course.

In actual fact, the thing was designed by Natalia Herrera and Cesar Torres. According to the explanation posted on the official web site of the Pastoral Juvenil, the different colors and shades represent each region of the ministry:

The shape of the cross is allegedly based on the “orientation” of the South American continent. One can probably assume that some kind of orientation did indeed play a role here.

Apparently the Vatican Modernists still haven’t understood that there is no better way to prevent the youth from taking Catholicism seriously than to promote this kind of pseudo-Catholic silliness. Or rather, it is probably precisely because they have understood it that they are happy to endorse it. The salvation of souls and the spread of the true Catholic Faith are not, after all, even their pretended goal.

There is more of this “baby art” to be found on the Pastoral Juvenil site. Are you ready for their versions of the Sacred Heart, the Resurrection, or the Holy Ghost?

This is the future of Novus Ordoism. This is the youth that Francis said in his opening address will “see visions” and “prophesy”. Congratulations! That this sacrilgeious foolishness should be the product of a vision can readily be granted, but it’s probably not the kind Francis had in mind.

In any case, expect this youth cross to have a certain prominence at the upcoming World Youth Day in Panama next year.