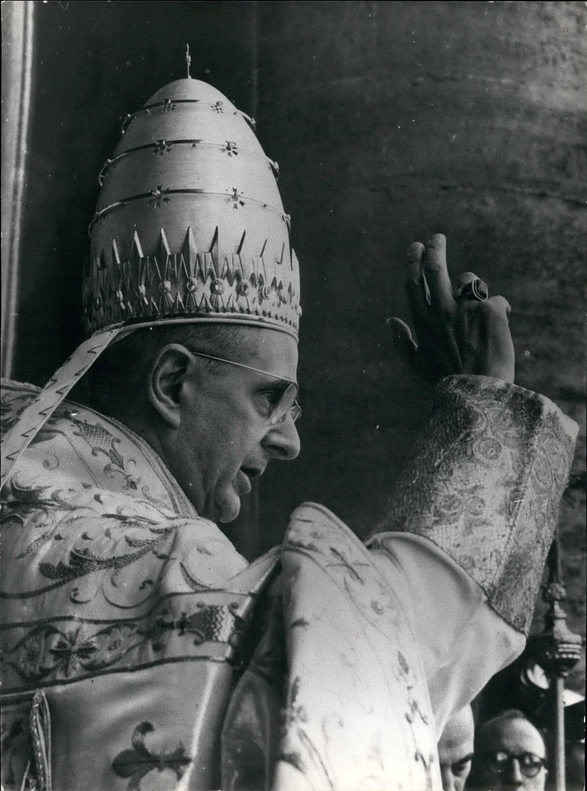 For the honour of the Blessed Trinity, the exaltation of the Catholic faith and the increase of the Christian life, by the authority of our Lord Jesus Christ, and of the Holy Apostles Peter and Paul, and our own, after due deliberation and frequent prayer for divine assistance, and having sought the counsel of many of our brother Bishops, we declare and define Blessed Paul VI, Oscar Arnulfo Romero Galdámez, Francis Spinelli, Vincent Romano, Mary Catherine Kasper, Nazaria Ignacia of Saint Teresa of Jesus March Mesa and Nunzio Sulprizio to be Saints and we enroll them among the Saints, decreeing that they are to be venerated as such by the whole Church.

Tourism should foster culture of encounter, safeguard planet, Vatican says - As always, the Vatican is on top of the most important spiritual things… #vatican #CatholicTwitter

Cascioli: “And in Slovakia the Pope rehabilitates ‘gay’ bishop” - Put on your surprise face, everyone! #PopeInSlovakia #PopeFrancis #vatican #catholic #CatholicTwitter

This whole ‘vaccination’ circus gives a whole new meaning to the term “calling the shots”.

@JoshuaH20141679 You forget that Judaism became apostate. We’re not under the Old Covenant anymore.

Looking for beautiful, genuinely traditional #Catholic holy cards - even personalized ones? Check out https://www.myholycards.com/ And so much more! #CatholicTwitter #SedeVacante #fssp #sspx #fsspx

That’s how he wants it!

By my count I have read 8 different and to my mind plausible interpretations of what Pope Francis said regarding Holy Communion and pro-abortion politicians.

The decision by @Pontifex to reject #Hamburg Archbishop Hesse's offer of resignation has met with widespread criticism.
While the leaders of the German bishops' conference welcomed the decision, representatives of Catholic laypeople expressed "shock". #KNA

As the Pontifical Swiss Guard continues with plans to overhaul its Vatican barracks, there have been reports that the new design could accommodate women guards.#swissguard