Why Eastern Orthodoxy is Not the True Religion:
A Brief Overview Beautiful externals belie the essence of this false religion:
The “Orthodox” are not orthodox — good intentions notwithstanding

The main objective of Novus Ordo Watch is to allow, first and foremost, those people who unhappily find themselves in the Novus Ordo Sect (Vatican II Church) to come to understand that the religion they are adhering to is not, contrary to what is generally supposed, the Roman Catholic Church founded by Jesus Christ in 33 AD but in fact a Modernist-Masonic counterfeit that God has permitted to eclipse the true Catholic Church for a time before Christ returns: “Therefore God shall send them the operation of error, to believe lying: that all may be judged who have not believed the truth, but have consented to iniquity” (2 Thess 2:10-11).… READ MORE

Francis’ Video Message to Ireland ahead of Abortion Referendum on May 25, 2018

It’s official now: The once-Catholic nation of Ireland has voted to repeal its eighth constitutional amendment and “legalize” abortion. It cannot be imagined how many more preborn children will now be torn from the natural habitat of their mothers’ wombs because of this decision.

What did “Pope” Francis have to say about it? You can find out by clicking the video above. Go ahead and do so — it is only ten seconds long. To let the cat straight out of the bag: The man who inserts himself into every discussion and whose lips never stop moving had nothing to say about the Irish abortion referendum.… READ MORE

We had to wait long enough: Francis has given a new Interview, published May 24 in Eco di Bergamo. Here’s a goodie: “The most important role of religions, Bergoglio said, ‘is that of promoting the culture of encounter, along with the promotion of true education in responsible behavior in caring for creation'”. And you thought it was about the salvation of souls!

Immature antics? Could be a greater problem than immaturity here: Wacky “Bishop” Wack doing… something. (Appointed by Francis, of course.)… READ MORE The story broke on May 19, when the Spanish El País newspaper published an interview with Juan Carlos Cruz, one of the victims of the sex abuse perpetrated by Fr. Fernando Karadima in Chile, which was allegedly covered up by “Bp.” Juan Barros.… READ MORE Another week, another heresy…

HERESY: Francis claims the Baptized cannot lose their Status as Children of God Barely a day goes by on which Francis doesn’t have something to say, but some days are worse than others.

This past Wednesday, May 9, the apostate pretend-Pope during his general audience gave what was supposed to be a catechesis on the sacrament of baptism. Placing heavy emphasis on the sacramental character — which is indelible and hence baptism can never be repeated once it has been validly administered — Francis proceeded to claim that it is this indelible character which makes us, irrevocably, children of God.… READ MORE Today “His Holiness” decided it was time for a new one and called the Holy Ghost a “disaster”.… READ MORE 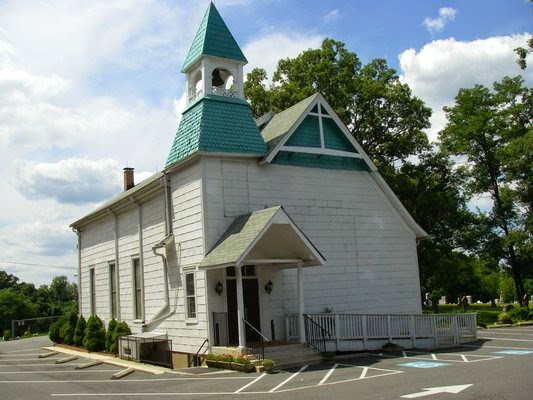 Five years ago today saw the passing of Mr. Patrick Henry Omlor, one of the earliest pioneers of Traditional Catholicism in the 1960s. A Texan by birth, Mr. Omlor died peacefully in Perth, Australia, on the feast of St. Athanasius, May 2, 2013. Like the great bishop, confessor, and doctor St. Athanasius, Mr. Omlor was not afraid to stand up for the True Faith at a time when the Novus Ordo Sect was just beginning to take shape, eclipsing the true Catholic Church with its Modernist teachings and false new sacramental rites.… READ MORE It has been over three weeks now since the release of the latest chaotic exhortation by Jorge Bergoglio, the one titled Gaudete et Exsultate, in which the Jesuit antipope pretends to be calling people to holiness in today’s world.

We had already published two blog posts on this document, one providing general information, reactions, and commentary, and one quoting the most notable passages:

We have since put together our own brief critique, touching on various (but by no means all) troublesome parts of the “papal” document.… READ MORE