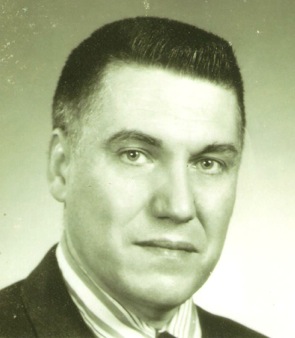 Five years ago today saw the passing of Mr. Patrick Henry Omlor, one of the earliest pioneers of Traditional Catholicism in the 1960s. A Texan by birth, Mr. Omlor died peacefully in Perth, Australia, on the feast of St. Athanasius, May 2, 2013. Like the great bishop, confessor, and doctor St. Athanasius, Mr. Omlor was not afraid to stand up for the True Faith at a time when the Novus Ordo Sect was just beginning to take shape, eclipsing the true Catholic Church with its Modernist teachings and false new sacramental rites.… READ MORE

We are saddened to have to report the passing of Mr. Patrick Henry Omlor, one of the earliest pioneers of Traditional Catholicism in the 1960s. A Texan by birth, Mr. Omlor died peacefully at a hospital in Perth, Australia, on the feast of St. Athanasius, May 2, 2013. Like the great bishop, confessor, and doctor St. Athanasius, Mr. Omlor was not afraid to stand up for the True Faith in a time when the Novus Ordo Church began to eclipse the True Church with its modernistic teachings and false new sacramental rites.… READ MORE