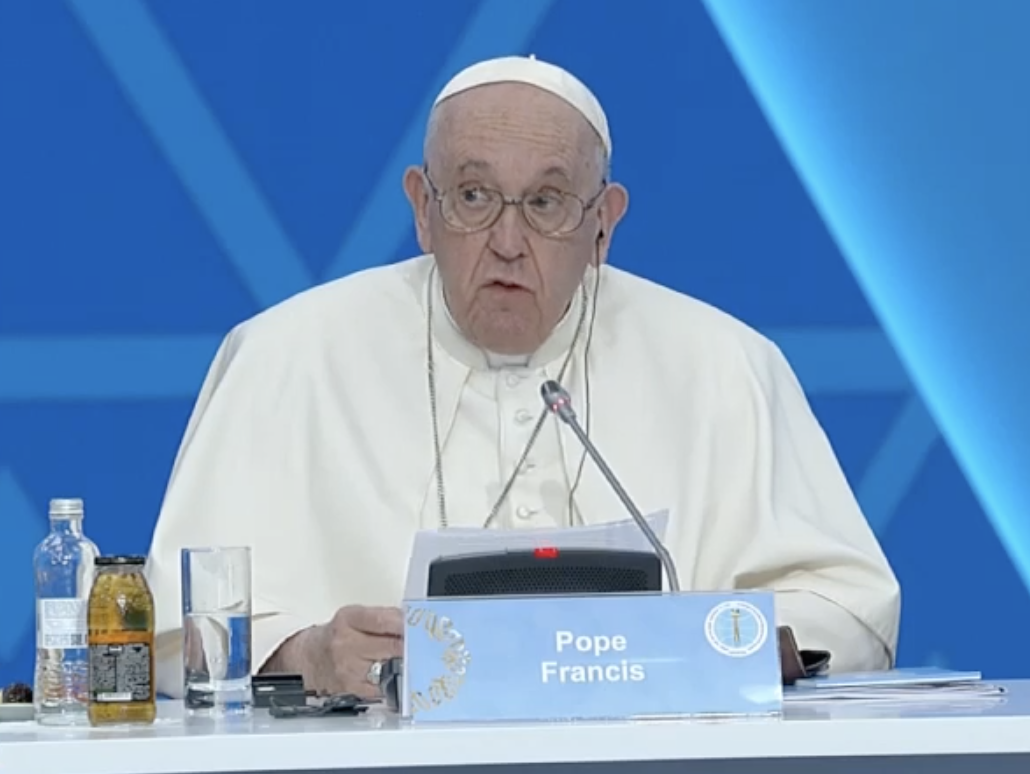 There is a lot of news regarding the events of this congress and Francis’ trip to process, share, and comment on; but for right now, we want to bring you only a brief report of something Bergoglio said earlier today at the final meeting of the Congress.

Just after the reading of the Final Declaration, Francis gave another address, filled with Naturalism to the brim and devoid of anything uniquely Christian. In essence, it might as well have been given by any other of the religious leaders in attendance.

Francis’ central point in his concluding address was that man is the way not only for the Catholic Church but for all religions. Lest anyone should think that this is something he alone came up with, Francis made clear that he was merely developing something first proposed by his predecessor, the false pope and false saint John Paul II (r. 1978-2005), in his fist encyclical letter, Redemptor Hominis.

Here are Francis’ words verbatim, as found on the Vatican web site:

Brothers and sisters, in thinking of this shared path, I asked myself: What is our point of convergence? Pope John Paul II, who visited Kazakhstan twenty-one years ago this very month, stated that “for the Church all ways lead to man” and that man is “the way for the Church” (Redemptor Hominis, 14). I would like to say that today man is also the way for all the religions. Yes, man, men and women, concrete human beings, weakened by the pandemic, worn out by war, wounded by indifference! Human beings, frail and marvelous creatures, who, “once God is forgotten, are left in darkness” (SECOND VATICAN COUNCIL, Pastoral Constitution Gaudium et Spes, 36) and apart from others cannot survive! The good of humanity should be taken into consideration ahead of strategic and economic objectives, national, energy and military interests, and in advance of crucial decisions.

Never mind the divine Words of our Blessed Redeemer: “I am the way, and the truth, and the life. No man cometh to the Father, but by me” (Jn 14:6).

We have said many times before that Francis does not seek to restore all things in Christ, as Pope St. Pius X did, but instead seeks to restore all things in man. He preaches the “Gospel of Man”, the false Naturalist gospel of Freemasonry, condemned by St. Pius X himself. He does not really believe that Jesus Christ is the only Savior of mankind; rather, he holds that mankind saves itself:

Much more will be posted at this blog in the coming hours and days. An overview of Francis’ trip to Kazakhstan with numerous resources is available here.