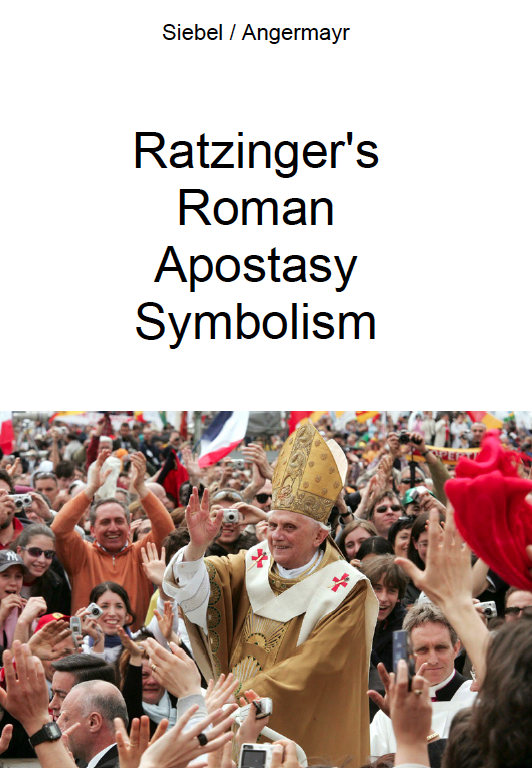 In 2006, a German publisher released a 48-page booklet entitled Ratzingers römische Apostasie-Symbolik, written by Dr. Wigand Siebel (1929-2014) and Dr. Carl Angermayr. In 2007, the work was translated into English as Ratzinger’s Roman Apostasy Symbolism, and it is this translation Novus Ordo Watch is now excited to make widely available in electronic format, entirely free of charge, with the permission of the translator.… READ MORE