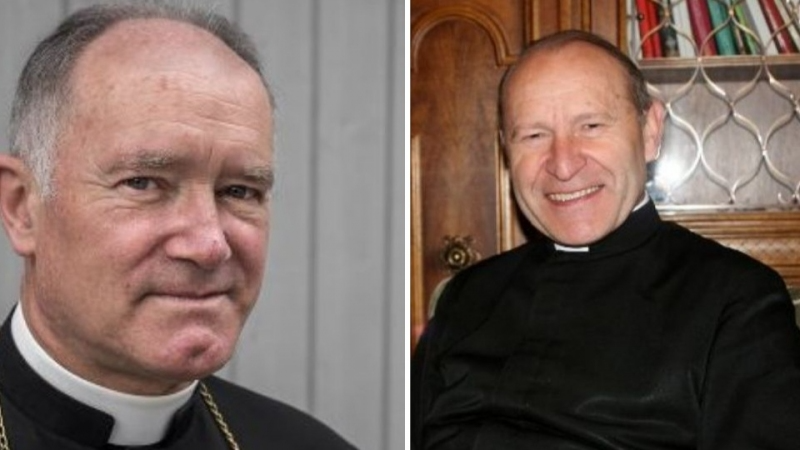 The position of “General Councilor” did not exist before, and it is a bit surprising that a new Superior General, who already has a first and a second general assistant (one of whom is a bishop, Alfonso de Galarreta), should suddenly be given two additional advisors, especially when the two advisors just so happen to be the two preceding Superiors General. That a new leadership may wish to seek advice from prior superiors can readily be granted, but it’s not like this advice could not be obtained from these two individuals except by creating councilor positions for them.

Apparently aware of the need to justify this curious move, the SSPX General House stated in a prefatory comment to its press release linked above: “As the Society has grown over the years, the Chapter saw it fit to add two councillors who will serve as advisors to the new Superior General.” Ah, so that’s the reason why. Hmm.

While it is obviously up to the SSPX itself to add advisory positions as desired or needed, this unusual step will certainly reinforce the suspicions of those who maintain that the recent change of leadership was mostly cosmetic, and that Bp. Fellay and his clique will still be pulling the strings behind the scences.

No, this isn’t just us sedevacantists trying to create suspicion about the SSPX. Even Michael Matt of The Remnant — who can hardly be accused of taking a strong anti-Fellay line — made known his misgivings about the move:

While this development may well prove to be a good thing, at first glance it is somewhat confusing. From the vantage point of an outside observer, it looks something like a general manager of a baseball team announcing his intention to keep his two previous baseball managers knocking around the front office to “advise” the new guy on how to establish a different style of leadership. Bit awkward for everyone. Keep them around if you want, but why make the big announcement that seems to send mixed signals?

Without wishing to take anything away from the good job done by either of these men in the past, I’m sure the SSPX leadership can appreciate why some traditional Catholics are a bit apprehensive over this announcement, since they were looking forward to the fresh approach of a ‘new coaching staff’ rather than an apparent reshuffling effort that may mean ‘business as usual’ when it comes to a whole host of problems blamed, fairly or not, on the previous ‘coaching staff.’ And this includes ardent supporters of Bishop Fellay, who only want what is best for the Society.

So, is this now a scenario of “Meet the new boss; same as the old boss”? Time will tell.

Concluding its General Chapter on July 21, the SSPX published a final address that included quotes from Abp. Marcel Lefebvre’s declaration of Nov. 21, 1974:

“…No authority, not even the highest in the hierarchy, can force us to abandon or diminish our Catholic Faith, so clearly expressed and professed by the Church’s Magisterium for twenty centuries. (…)

That is why we hold fast to all that has been believed and practiced in the faith, morals, liturgy, teaching of the catechism, formation of the priest and institution of the Church, by the Church of all time; to all these things as codified in those books published before the Modernist influence of the Council. This we shall do until such time that the true light of Tradition dissipates the darkness obscuring the sky of Eternal Rome.”

Yes, such has always been the mantra of Abp. Lefebvre and his followers. But the question that must be asked is: If they “hold fast to all that has been believed and practiced in the faith … by the Church of all time”, then does this not also include what the “Church of all time” (can there be any other?) has taught about the Papacy, the Church, and the Magisterium?

For those who may not be quite sure what we are talking about, the following links will remove all doubt:

As you peruse these posts, ask yourselves: Does the SSPX believe and teach this? Alas, the answer is no, they do not.

And thus their entire project of “keeping the Faith” by contradicting that Faith will be as successful as a man trying to borrow his way out of debt.