Curial Prelates have had enough: Anti-Francis Dossier circulating in Vatican accusing him of introducing “Catholic Divorce” — “Feelings of Physical Aggression” against Bergoglio

Once again, there is explosive news coming from Rome: High-ranking prelates in the Vatican have been exasperated with Francis for a while, but apparently we have now reached a point at which they are not willing to take any more. Francis’ recent “annulment” reform — which effectively permit drive-thru annulments and practically sanction “Catholic divorce” — is the proverbial straw that broke the camel’s back, although it is more of a dumbbell than a straw, truth be told.

This is concerning: Is the #Vatican’s summer camp for children condemned by ‘Pope’ Francis? https://novusordowatch.org/2020/07/summer-fun-at-the-vatican-but-does-francis-approve/ (tongue-in-cheek commentary, in case it’s not obvious) #CatholicTwitter #PopeFrancis

Latest episode in the daily #Vigano drama: Today, the former Vatican nuncio to the U.S. replies to an open letter from a Novus Ordo nun: https://www.marcotosatti.com/2020/07/10/vigano-a-una-suora-trump-non-e-razzista-e-guerrafondaio/ Only available in Italian so far, English expected later today. #CatholicTwitter #catholic

“With this so-called national security law, we’re back to the Cultural Revolution” — @CardJosephZen speaks to @RaymondArroyo about the situation in #HongKong and #China https://youtu.be/p5ohSaY3Q-w @worldoverdc

In case you missed it back in 2015: As a Young Cleric, ‘Pope’ Francis taught his Nephew Swear Words - https://novusordowatch.org/2015/02/francis-taught-his-godson-swear-words/ Who says so? Francis’ own sister! #popefrancis #CatholicTwitter

@iria_maria Please stop tagging me in your tweets. Thank you.

Summer Fun at the Vatican – but does Francis approve? - https://ift.tt/2BPCFOG 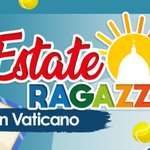