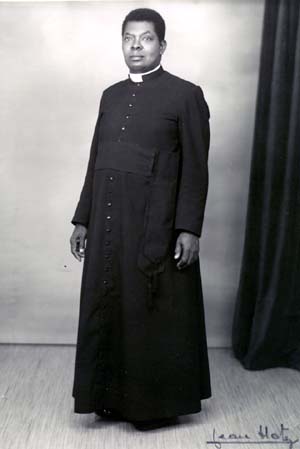 “The flight from God: You can flee from God, being Christian, being Catholic … being a priest, bishop, pope … we all, we all are able to flee from God,” he said.

He discussed the priest mentioned in the Gospel who passed by the half-dead man — “a worthy priest, precisely in a cassock, good, very good” — who saw the man and thought, “I will be late for Mass.”

“And he went on his way,” Pope Francis said. “He did not hear the voice of God there.”

Meanwhile, Pope Francis said, “the priest arrived in time for the holy Mass, and all the faithful were content; the Levite had, the following day, a tranquil day, according with what he had planned to do,” since he had not involved himself with the half-dead man.

Why, the Pope asked, did Jonah, the priest and the Levite all flee from God?

“Because their hearts were closed; and when your heart is closed, you cannot hear the voice of God,” he said. “Instead, a Samaritan, as he went on his way, ʻsaw him and had compassionʼ: His heart was open; he was human. And humanity drew him near” to God.

It is really not difficult to explain and illustrate the Gospel passage about the Good Samaritan. It can quite easily be done without dissing or insinuating anything about your own clergy, especially those who have the decency and the courage to dress as traditional priests.

Francis’ sneer is quite curious, because practically no one in the Novus Ordo Church wears a cassock to begin with, so why bring this up? Why go after cassock-wearing clergy? Why create this totally uncalled-for impression in people’s minds that those traditional priests (or “priests” now in the Novus Ordo) are to be distinguished from those who are caring, loving, and merciful?

We are not being overly sensitive here. Francis, after all, has a track record of anti-Catholic remarks. No, we are not exaggerating. Consider the following testimony from a Novus Ordo priest who tweeted the following on October 8, 2013 (slightly edited for easier reading – his Twitter name is being withheld):

People are telling me I’m disobedient to the Pope because I’m against gay marriage. His “obsessing” comment is used to bash me. I’m not the only one having difficulty with the pope… But it’s hard to say publicly… Find me some examples in his young papacy when Francis has offered an encouraging word to priests.

Take notice, everyone, because this comes from one of Francis’ own. It comes from a direct victim of the damage Francis does to Catholicism and even his own Vatican II Church.

It’s only been seven months, but Francis is clearly the most obvious anti-Catholic apostate of all the Modernist Pseudo-Popes, beginning with John XXIII in 1958. Francis plays the “who am I to judge?” card for all the hippie liberals in his church, whereas he has contempt and criticism for those trying to do the right thing and serve Christ with all their hearts. “Beware of false prophets, who come to you in the clothing of sheep, but inwardly they are ravening wolves,” Our Lord warned. “By their fruits you shall know them” (Matthew 7:15-16a).

One Response to “Francis taunts Priests in Cassocks”