Before and After Vatican II:
What is the Essential Purpose of Holy Matrimony? The chief mission of this web site is to demonstrate how the teachings of the Roman Catholic Church, whose last known Pope was Pius XII (d. 1958), differ in essence from those of the Novus Ordo religion, whose doctrinal mother lode is the Second Vatican Council (1962-65). This infernal assembly was called and opened by Antipope John XXIII (1958-63) and promulgated and concluded by Antipope Paul VI (1963-78), both of whom, naturally, have officially been declared “saints” by the Novus Ordo Church since.… READ MORE 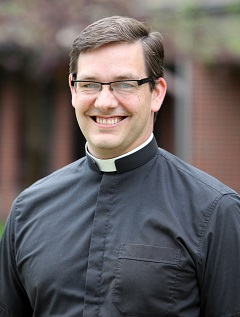 The semi-traditionalist Society of St. Pius X is once again bending over backwards to demonstrate just how much it desires to be integrated into the Novus Ordo mainstream.

In the United States, its Angelus Press Conference is scheduled to take place from Oct. 4-6 this year, and it includes as a featured speaker the Rev. Sean Kilcawley, a Novus Ordo priest who teaches John Paul II’s so-called “Theology of the Body”. This should do more than just raise Lefebvrist eyebrows, especially since the main theme of the conference is, “Defense of the Family: Fortifying Catholic Marriage.” … READ MORE