One spoke against Sodomites & Islam — The Other gave a “Blessing” to Homosexual Lovers:

Guess Which One Got In Trouble!

It is good to keep often before our minds just how depraved and phony the Vatican II Church really is. Few examples are as powerful as what happened to Fr. Karl Tropper (pictured above, left) of the diocese of Graz-Seckau, Austria.

Fr. Tropper is a validly-ordained priest who is part of the Vatican II Sect because he mistakenly believes it to be the Catholic Church. Nevertheless he courageously speaks the truth about the perversion that is homosexuality and warns of the grave errors of the false religion of Mohammed, known as Islam, that has gradually descended upon and spread throughout Europe for decades.

Wow, what a find! Let's see if @JamesMartinSJ has any comments...

The Vatican II Sect on full display. President Trump doesn't even claim to be a Catholic, unlike Nancy Pelosi.

However, he let Nancy Pelosi, a supporter of late term abortion, speak from the pulpit at St. Matthew’s Cathedral.

If he can’t control his political bias he should be removed.

#PopeFrancis thanks El Paso bishop for public witness after the killing of #GeorgeFloyd https://bit.ly/2zQIVon

Yeah, not everyone attaches the same meaning to the concept of "encounter", you know...

The pope said he has “witnessed with great concern the disturbing social unrest in your nation in these past days, following the tragic death of Mr. #georgefloyd" https://twitter.com/chicagocatholic/status/1268205635138654220

Timothy Gordon @timotheeology— father to SIX kids, one of whom has just had massive brain surgery & needs physical therapy — has just been FIRED from his teaching job because of BLM radicals doxxing & harassing his workplace.

He needs our help 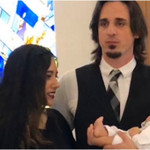 Yeah, no one was a sedevacantist until Twitter came along...

Everyone tempted to sedevacantism should take a two-week Twitter and news fast.

Return, and see how prevalent the temptation remains.

[email protected]_Wooden and I are so happy to share that our volume exploring the words Pope Francis uses in his ministry, 'A Pope Francis Lexicon,' is now being published in Italian by the #Vatican's publishing house, LEV. 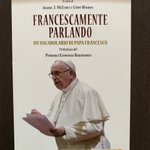 Francis: Being Angry with God is a Form of Prayer - https://novusordowatch.org/2020/06/francis-being-angry-with-god-is-form-of-prayer/ And we all know: Francis is a very PRAYERFUL man! #popefrancis #pope #catholictwitter #catholic 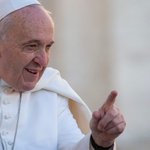 “Pope” John XXIII, who called the Second Vatican Council, died on June 3, 1963. In the Novus Ordo Church he is a saint, but in reality… well, see for yourself: https://novusordowatch.org/john-xxiii/ #CatholicTwitter #pope

Question: Would you kiss this kind of ‘crucifix’? https://novusordowatch.org/2014/07/francis-kisses-occult-crucifix/ Didn’t think so. #CatholicTwitter #PopeFrancis