Contrary to rumors and expectations, ‘Pope’ Francis did NOT announce another consistory for the creation of new ‘cardinals’ today. #PopeFrancis

Worst of all, humanity is in a spiritual crisis, ever since original sin, but its divine remedy is one Francis never cares to mention to those who aren’t baptized.

The environmental and social crisis are two sides of the same coin. Therefore, strategies for resolving them demand an integrated approach to combating poverty, restoring dignity to the excluded, and at the same time protecting nature. #EndPoverty

Actually, it is best understood when meditating on the Passion of Christ. Remember Him? 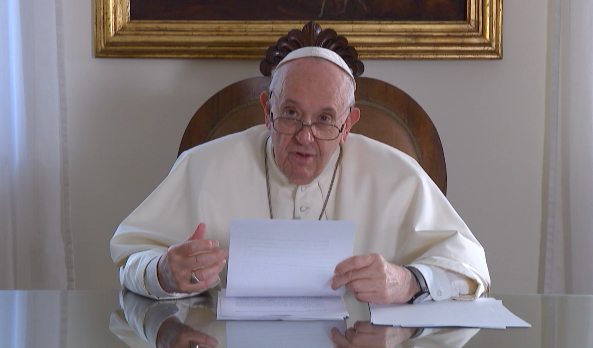 #PopeFrancis: Suffering is best understood when alongside those who suffer. We must listen to those who know the realities of injustice, inequality, abuse of power, deprivations, and xenophobia.

What’s past is past, nothing can change that. But the future can be different if we choose to make it so. We have to cultivate a vision of a happier, more peaceful future and make the effort now to bring it about. This is no time for complacency, hope lies in the action we take.