A few weeks ago, a first preview of the book was made available by the Novus Ordo Rorate Caeli blog, in which a 9-year-old Italian boy named Alessio asked Francis whether he had ever served as an altar boy. Here is his answer, which is as outrageous as it is revealing:

Dear Alessio, yes, I was an altar boy. And you? What part among the altar boys do you have? It’s easier to do now, you know: You might know that, when I was a kid, Mass was celebrated differently than today. Back then, the priest faced the altar, which was next to the wall, and not the people. Then the book with which he said the Mass, the missal, was placed on the right side of the altar. But before the reading of the Gospel it always had to be moved to the left side. That was my job: to carry it from right to left and left to right. It was exhausting! The book was heavy! I picked it up with all my energy, but I wasn’t so strong: I picked it up once and fell down, so the priest had to help me. Some job I did! The Mass wasn’t in Italian then. The priest spoke but I didn’t understand anything. and neither did my friends. So for fun we’d do imitations of the priest, messing up the words a bit to make up weird sayings in Spanish. We had fun, and we really enjoyed serving at Mass.

What’s all wrong with this answer? In the short video below, Fr. William Jenkins, SSPV, explains how Francis’ answer is impious, scandalous, wholly devoid of any Catholic understanding of the Holy Mass, and gives a bad example to the boy who asked the question:

For Francis, this is par for the course. This is quite in line with how he acted toward that good altar boy who was trying to show proper reverence in the presence of the “Pope” by keeping his hands folded and standing still, when Francis approached him and forced his hands apart in another oh-so-“merciful” attempt at being “joyful”:

Of course, the Novus Ordo religion has long converted the holiest act on earth, the Holy Sacrifice of the Mass, into a laughing stock; they have made the August Sacrifice of the Altar into a feel-good liturgical happy meal, as we document on our Holy Mass page here.

Jorge Bergoglio has demonstrated again and again that he has no Catholic Faith, he has no sense of the sacred, he has no fear of God, and he despises Catholic Tradition. In a book published in 2010, he even joked about the holy Crucifixion of our Blessed Lord.

Here is a reality check on the real “Pope” Francis (and this is only a very small selection!): 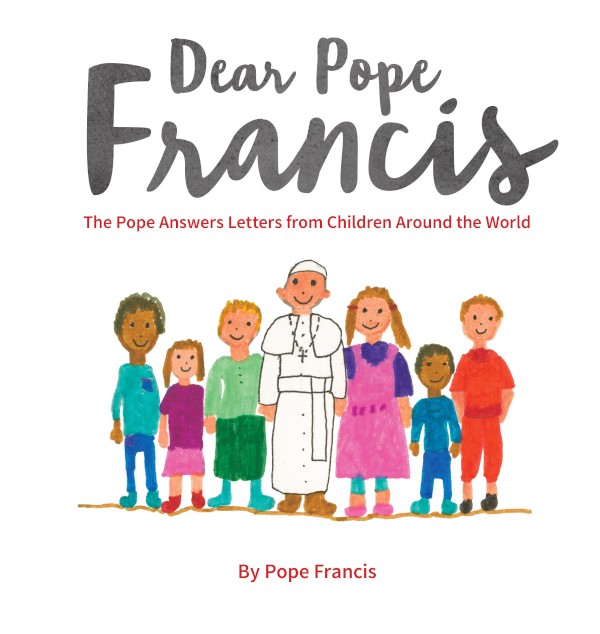 WARNING! Not for children

So, there is now one more book out by Francis, this time aiming directly for the souls of the children, which are being polluted by his Naturalist, Modernist, Masonic garbage dressed up as “Catholicism”.

Too bad none of the children asked him, “Dear Pope Francis, why are you a Modernist and not a Catholic?”

2 Responses to “Mocking the Holy Sacrifice: Francis encourages Altar Boy to treat Mass as a Joke”